Who are the real enemies of the centre left? 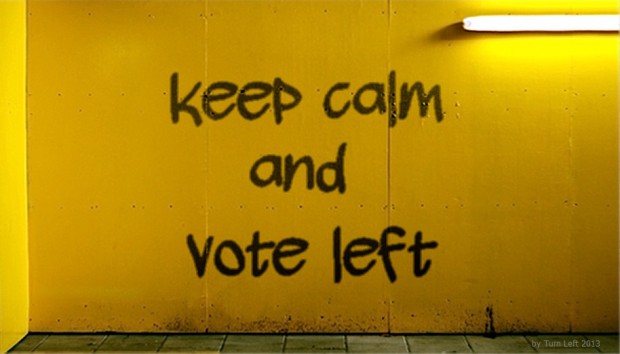 Simon Wilson wrote this piece offering advice to Labour and the Greens about how to win this election.  The advice caused a considerable amount of blowback in twitterland.  And while some of it is accurate other parts I disagreed with completely.

His article is about the seven enemies of a left wing victory, think seven deadly sins and you get the drift.

The first were Steven Joyce, Paula Bennett and Bill English who he thought would stop disgruntled Nats from drifting over to Labour.  I would disagree in that Bennett’s role, one that she is now performing poorly, is to attract erstwhile labour supporters over to National through her solo mum turned good story.  People are seeing through this.  And English is the weakest National leader I have ever seen.  He is no John Key and National’s slide in the polls is clearly because people realise he is not up to the job.

The second was Winston Peters who will be a grumpy vote hoover upper.  No argument there.  I suspect he will tour the country talking about how bad things are and then go into coalition with National after being promised lots of baubles of office.  Time will tell.

The third was a group he describes as the “hard left”.  From the article:

Enemy number three is the hard left, the very vocal sector who, strange but true, regard the fight against “neoliberalism” as more important than the campaign to get Labour and the Greens into government. Some are party members, but most are probably not. They have been emboldened by Jeremy Corbyn’s “success” and believe that surge of popularity for radical left politics can be replicated here. The Nats don’t have a ginger group like this: Matthew Hooton, for example, is probably the fiercest right-wing critic of the government’s centrist tendencies, but in election year, especially on twitter and in his NBR column, his focus is on discrediting the actual opposition, Labour and the Greens.

This is a startling comment.  Throughout the world timid parties of the left are getting slaughtered whereas parties that have a stronger direct view of how things have to change are inspiring people, particularly the young, to support them.  Corbyn’s success is the perfect example as is Spain, Greece, France, the United States …

Labour was meant to be dead and buried in the UK.  The Parliamentary party was at war with itself and the treachery that was displayed by MPs towards Corbyn was appalling.  They should have been consigned to the dustbin of history.  Instead of this Corbyn looks like he is ready to take over as soon as the current Government folds.  So Simon’s minimisation of the effect is not justified.

The fourth enemy is “the right-wing commentariat, whose general approach is ridicule”.  I agree with him entirely on this aspect.  This has been the right’s approach to politics in the last decade and its effect is clear.  The intent is to sap the desire of voters to seek progressive change.  A sleepy disinterested electorate is one that will normally return the right.

The fifth enemy according to Wilson is Gareth Morgan’s TOP party.  He is correct in that removing even one or two percent of the vote from the major progressive parties could be the winning or the losing of the election.  Things are that tightly balanced.  He is wrong to think that voters will only come from Labour and the Greens.  The very small blue green sector of National could be prey to his campaign.

The sixth enemy is Labour and Greens battling for each other’s vote.  This is correct to an extent although the logical conclusion from this is that Labour should move right and allow the Greens more space on the left.  My very strong impression is that apparent division between Labour and the Greens weakens their attractiveness.

The seventh enemy is Labour’s and the Green’s membership.  Wilson says this:

Again, the Nats have it easy: their membership exists to get them elected. But Labour and Greens memberships exist to change the world. Almost everything each party does will disappoint one part or another of its core support, and those people are often reluctant to keep their disappointment to themselves. Both parties will tell you about the value of open democratic debate, but for all the merits of that idea (which are very real) it’s not terribly useful at election time.

He is right about National existing to retain power.  Nothing else seems to be important.  And he is also right that Labour’s and the Green’s membership exists to change the world.  But to claim that the passion of progressive activists and open debate is somehow a weakness ignores how vital the membership is to each of the parties.

Without political activism the right will win every time.  My estimate at the last election is that National outspent Labour by a factor of eight to one.  Political activism is the only thing that rebalances what would otherwise be a very one sided playing field.

But being radical doesn’t have to mean being radical left. Qualitatively better primary healthcare doesn’t have to be a “leftist” issue. Nor does good public transport in Auckland. Nor do clean water, preservation of the conservation estate, effective measures to fight climate change and making poverty history. These things are all centrist politics in New Zealand now – the great general swathe of voters believes they are desirable – but they are not being addressed with radical determination.

What about putting an end to the absurd advantages that property investment enjoys, causing so much misery for the people who do not benefit from those advantages? That’s a classic leftist issue, right? Maybe. Except it’s not only the left that cares about the lack of social housing and the difficulties of first-home buyers. Nor is it only the left that cares about the distortions to our economy and long-term savings caused by the favoured status of property. It should not be hard for a decent political party to generate support in most parts of the country, and most parts of the political spectrum, to fix this stuff.

The basic problem is that quality healthcare and public transport and housing can only be solved by active Government intervention in the market which by definition is a left approach.  Those pesky lefties complaining about neoliberalism may actually be formulating a solution to these problems.

His last paragraph is one that I agree with.

Time’s nearly up, Labour, the Greens. Ten weeks to go, and you guys have to blitz this country with heart and soul and inspiration and determination. With a spirit that tells us all you’re going to win. You have to make us believe you. And you have to do it now.

He is right.  If we want to change the Government now is the time.  And it will depend primarily on activists, without whose passion and spirit neither Labour nor the Greens can succeed.

Activists and the hard left are not the enemy of progressive parties.  They form a fundamental part of these parties and are the reason why they succeed against all of the odds.

80 comments on “Who are the real enemies of the centre left? ”