Back in 2008, a bright new thing called John Key said that, if he became Prime Minister, he would take the Tourism portfolio. He said “it’s an industry that’s particularly important in maintaining and boosting this country’s employment levels and growth prospects” and “we can do an awful lot better”. International tourism revenue has fallen 20% since 2008, $2 billion a year from its peak.

It’s not like this started with Key. But he did promise to turn it around. And he’s failed completely. Worse, the number of tourists is increasing while the amount that they’re spending is falling. That means we take on all the infrastructure and environmental costs of their visits but get less money in return. When’s someone going to call Key out on that? 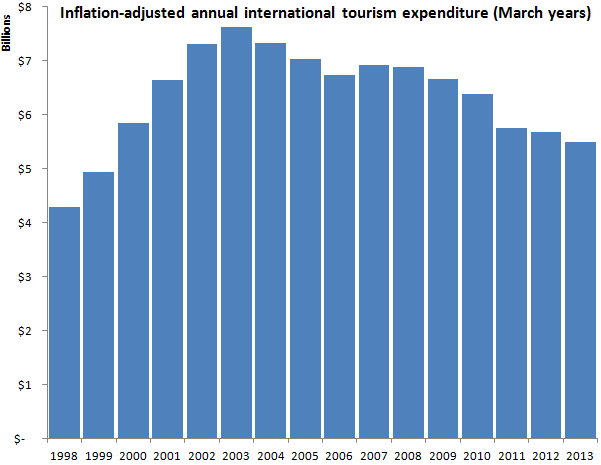