Why Can’t We Hold Vector Accountable? 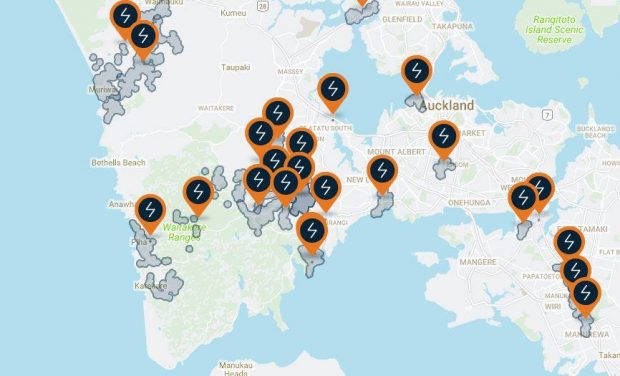 For those of us who were without electricity to their houses in Auckland for several days, it’s worth turning our thoughts to Vector.

First off, a huge thanks to all their lines maintenance subcontractors who worked incredibly hard and their families who saw them go out and work at night in the storm for us. It was only this morning that many of the street lights came back on, as they had constantly re-routed electricity to domestic homes while available power was tight.

But secondly, Vector has not been held to account. Not by the government, or the media, or anyone else. It is very hard to.

In the long term, there’s a chance that Vector will come back under democratic control when in 2073 the trust that owns 75.1% of Vector is wound up and the shares returned to Auckland Council.

But that’s no comfort when you can’t even see the matches to get the fire started, and winter’s coming.

The only major regulation that Vector is under is through the Electricity Commission. Suppliers of electricity lines provide public information about their network and electricity prices on an annual basis. They are regulated just to ensure that the price and quality of the service is comparable with what consumers would expect to receive in a competitive market.

Being able to prove what the price a consumer would expect to receive in a competitive market is one of the most arcane sports in the legal and economic enclaves of New Zealand. It is about as far removed from me, thousands of me, and my last remaining piece of Little Lucifer Firestarters hoping like crap that the damp matches will strike as you could possibly be.

The Auckland Council offered hot showers at its swimming pools, and bottles of water. My nearest was half an hours’ drive away. That apparently is the limit of what to expect from the entire public realm.

Even if I squinted my eyes and dreamed of a New Zealand in which the state owned every electricity company directly, I have no faith that the owners would give any more of a damn. When I needed it most, in the middle of a storm, and cold, with the fridge and freezer defrosted, neither ownership nor regulation helped.

Some may say that the whole of Auckland would not need Vector or their likes if everyone was on photovoltaic cells and lived off grid. Few have the capital, and the sentiment is again pretty cold comfort. Vector do interesting programmes in that area, but uptake is low and will remain so.

We are a nation beset by oligopolistic capture in our electricity suppliers. We have very few regulatory instruments with any force. We have a government that now exists with respect to electricity in a nasty halfway house that is neither state-controlled, nor well regulated when it really counts, nor fully market driven. The sum total of accountability was to call them and get a voice recording, and an app that didn’t work. Cheers. The circuit vector of accountability never lands on Vector.

Vector generates tonnes of revenue, which instead of really preparing for the future where all lines need to be undergrounded, throws the money away in individual cheques to share trust beneficiaries. It cannot be seen to overspend lest the average price per unit becomes out of whack with “what consumers would expect to receive in a competitive market”. Which is a fat lot of use while your washing goes mouldy in the machine and you’re trying to find your shirts in the morning by braille.

To even keep the sewerage system working, Watercare had to bring in shipping-container-sized portable generators to all their pump sites. Some phone exchanges had independent power. A properly resourced Vector would have had that scale of backup.

These storms cannot be arranged and are getting worse, faster, and more destructive. A state, a society, and a commercial economy without either the institutional will, instruments, or ability to unite consumer dissatisfaction with shareholder force is too brittle to sustain much damage at all.

No compensation, no apology, no rebate, no discount. Nothing.

It will be next in some other city, some other company. In time we will all hold the match together.

Cold comfort, when winter’s coming, and no one is held to account at all.

85 comments on “Why Can’t We Hold Vector Accountable? ”