Why does Criminal Justice have to be so politicised? 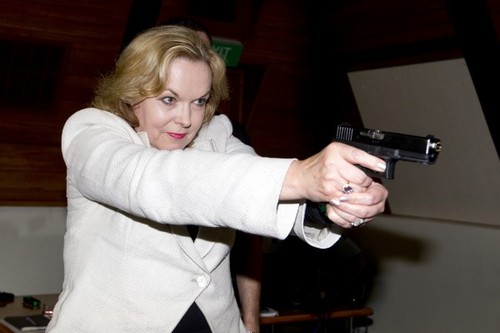 Yesterday I posted on Andrew Little wanting a mature discussion about our criminal justice system and where it is heading.  The hope was that there would be debate and political consensus for change, because clearly the current system is not working.

But judging from the events of the past 24 hours it appears that the chance of a mature discussion are essentially nil.

From Nick Truebridge at Stuff:

The Labour Party campaigned on the plan to reduce the prison muster by 30 per cent in the coming 15 years, something Little admitted was “ambitious”.

“Where there’s family violence alleged, and there’s significant reason for the courts to be able to say somebody should not get bail, that’s been one of the issues we try and address, which is basically violent offenders going straight back into the home and the victims . . . being pushed or pressured into withdrawing their statement,” Collins said.

“Before he goes around changing laws, bail laws in particular, around violent offending, he needs to actually consider why they were put [there] in the first place.

“It’s actually all around the victims of family violence . . . that was the main driver of it.”

The country’s prisons are under immense pressure – just 300 beds are available to accommodate the growing prison population.

The Labour-led Government had been vocal in its opposition to building a new billion dollar, 3000-capacity Waikeria Prison near Otorohanga, which National had planned, O’Connor said.

Although there is always a concern that pressure will be put on the victims of domestic violence the solution does not have to result in incarceration.  Strict bail conditions such as non association requirements and residential conditions can deal with these problems although I have seen too many poor people who cannot offer an alternative address being denied bail.  And more Judicial resources so that cases could be dealt with in a more timely manner would not go astray.

And remember these are people who have not been convicted of the offence and should be subject to the  presumption of innocence.

National needs to explain how it could impose law changes there were clearly going to increase the prison population but not plan ahead.  The prisons are over 97% full.  There have been signs for years that New Zealand was approaching a crisis.  They should have seen this coming and planned in advance.  Unless the intent was to engage in double bunking and other inhumane practices or just do nothing.

It is interesting that Collins has decided to go public with her comments.  I wonder what National’s current Corrections spokesperson thinks?

67 comments on “Why does Criminal Justice have to be so politicised? ”