Why Labour may form the next Government 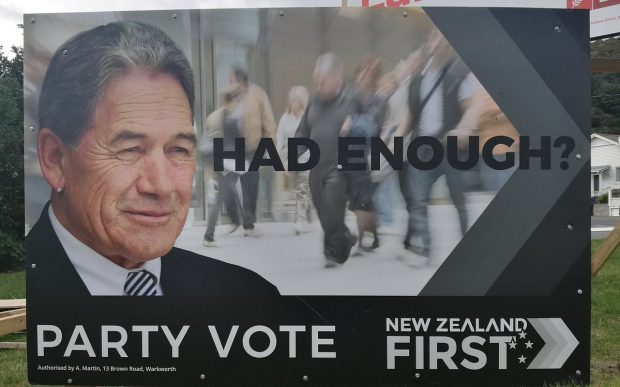 I must admit thinking on election night that it was all over.  Despite a tremendous surge thanks to an outstanding campaign by Jacinda Ardern it seemed that Labour ended up short of the necessary votes.

Basic math shows that Labour and the Greens were then on 52 seats and National was on 58.  So a L-G-NZF coalition could make it to the magical figure of 61 but only just and with no wriggle room.  But there were the specials to count and they could cause a dramatic change.

And they have.  A comfortable buffer for the right is now wafer thin.  And a Labour-Green-NZ First Government is a viable prospect.

The distribution of the special votes is interesting. Overall Labour performed much better than National, evidence that Jacindamania was a real thing.  Young people were enrolling late and voting.  And in large numbers for Labour.

The change was disproportionate in the upper North Island.

Following is my table setting out the size of the swing (change in the proportion of the vote in percentage points) in different geographical areas on election night and after special votes had been counted.  Nationwide the vote changed by 11.8% points.

In Auckland South and West the change was most pronounced although overall the swing was still low.  Labour needs to have a good think about what happened here although thankfully in New Lynn and Te Atatu Labour won the party vote for the first time in a long time.

Some of the commentary on the regional results has been interesting.  Right wing pundit Jenna Raeburn thought that in the provinces National’s support was solid.  If you look at the table however the provinces were where significant change was achieved.

And now the coalition negotiations can start in earnest.  Some on the right are complaining that it is taking too long.  But the importance of Government means that this decision should take as long as is required.

There are four reasons why a change of Government is looking more and more likely.

Secondly most New Zealand First voters and supporters prefer a coalition with Labour.

Thirdly the National-New Zealand First relationship has so much baggage.  Winston has been subject to a decade of attacks by National, the release of his superannuation details being but the latest example.  It does not matter how many people National throw under the bus this will contaminate any good will that New Zealand First may have for National.

Finally if Winston is looking for his place in history backing up a last term National Government is not the way to achieve this.

The media is coming around.  Audrey Young thinks that Labour is the more likely choice for Peters because of “greater policy overlap, a more equal partnership with both being new parties of government, inherently less cause for conflict and inherently less cause for the public to tire of you”.  Barry Soper has realised that the so called “moral mandate” does not exist in an MMP system.

Some media voices are not so convinced.  Stacey Kirk in Stuff thinks that the specials result changes nothing.  Ok …

Rodney Hide thinks (if that is the correct word) that we have somehow lost our democracy and it is a travesty that we did not know who won on election.  All I can say is “what the”.  It is apparently Rodney’s last column for the Herald.  Hopefully they will do something radical and get a progressive voice to replace him.

The next week will be fascinating.  And at the end of the negotiations we may have a new progressive Government leading our country.

173 comments on “Why Labour may form the next Government ”