John Key’s government is continuing its attack on workers’ rights with National MP Jami-Lee Ross’ Employment Relations (Continuity of Labour) Amendment Bill.  It was drawn form the ballot yesterday and is, of course, supported by John Key.

It would repeal section 97 of the Employment Relations Act “to provide a balance between employers and employees to be fair”.

Section 97 prevents the use of volunteers, contractors, or other casual employees by an employer during a strike or lockout.

Key said the bill would be controversial but it was an issue that needed to be debated. He would support sending the bill through to a select committee, he said.

But unions are urging the Prime Minister to oppose the ‘strike-breaking’ bill, which they say will reduce wages.

The Council of Trade Unions has labelled the bill an attack on collective bargaining and said that it would reduce workers’ wages.

The balance between workers and employers was shifted in favour of the employers back at the end of the 20th century.  John Key’s government has been further shifting the balance towards giving more power to the bosses.

The EPMU has criticised the Bill as follows:

The Engineering, Printing and Manufacturing Union also urged the Government not to support the bill, saying it would render strike action ineffective.

“John Key has assured the New Zealand public that this legislation will not go ahead and we expect him to stick to his word,” said EPMU national secretary Bill Newson.

“The reality is low paid workers have little negotiating power beyond the ability to withdraw their labour. In a time of high unemployment any workers who tried to better their conditions would find themselves down the road with someone else doing their job.

“That’s not fair and it doesn’t help lift wages.”

CTU says that Jami-Lee Ross’ Employment Relations (Continuity of Labour) Bill that would allow casual workers to be employed during a strike specifically as strike busters is another attack on collective bargaining and would reduce wages.

“But if this Bill became law then it would reduce the impact of a strike, it will create huge conflict between strikers and replacement labour when there is a dispute, it will make it harder to protect pay and conditions.”

“Fair employment laws that encourage collective bargaining as the way to higher wages and productive and safe workplaces, not changes that undermine bargaining and make it even harder for workers to get ahead, would be a much better way,” says Peter Conway.

Labour MP, Darien Fenton nails it when she says:

“Coming on top of unnecessary ballot provisions from Tau Henare, and the ability to fine workers for partial strikes and bureaucratic notice procedures before a strike can proceed in the government’s employment law changes, this is yet another violation of international labour laws.

“The National Party is obsessed with punishing strikers, yet New Zealand’s strike rate is lower than it’s ever been.

“The cumulative effect of these changes will only result in workers taking strike action earlier and more often, because they will have no choice.

“Jamie Lee Ross’s bill comes straight off the floor from a National Party conference and reaffirms a return to failed far-right policy.

“Instead of wasting house time on pitiful attempts to stifle the voice of working people, the Government should be focusing on getting wages up and on creating jobs.”

This further attack on workers’ rights and conditions needs to be opposed every step of the way. I also call on all parties and independent MPs to oppose these Bills: this includes the Mana Party, Green Party, Peter (sans-parti) Dunne, The Maori Party, ACT and Brendon Horan.  (Labour Party is already clearly opposed). 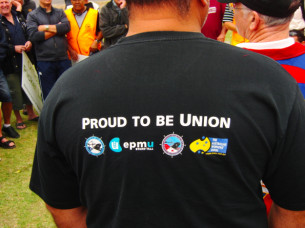 85 comments on “Workers’ rights under attack ”