James Dann at Rebuilding Christchurch has picked up on some seriously concerning signs of political partisanship from CERA. The government agency’s twitter and facebook account have been publishing John Key’s earthquake political advertising: 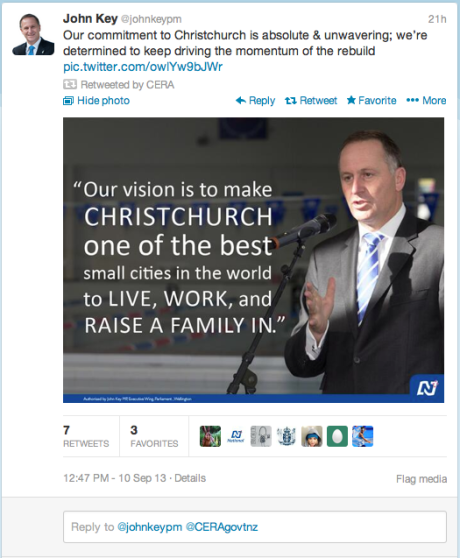 But this isn’t a single lapse of judgement: It appears the offending tweets have been deleted and the facebook page is down, but the posting of party political statements by a government agency, especially an agency with as important and immediate role as CERA, is deeply concerning. I think an explanation is in order.