Should’ve done it before, John 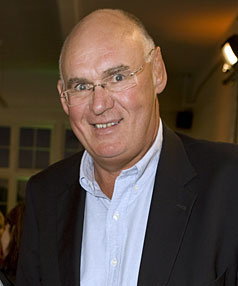 It seems John Key is now belatedly wading in to look at whether it’s at last time to cut Andy Haden loose as a Rugby World Cup Ambassador. Apparently it was ok for Haden to talk about “darkie quotas” in the Crusaders and still remain a PR face of our nation, but now Haden has screwed-up once too often, even by Key’s standards.

Haden’s latest comments suggest, in the wake of a the Robin Brooke disgrace, that some women “target” sportsmen with false accusations of rape for cash. Exactly the sort of comment you’d expect from Haden, but not from someone who’s supposed to be acting as a national ambassador on the world stage.

John, how many times have we said it? When it comes to cauterizing the rotten, if you act swiftly you look honourable and strong, if you act belatedly you just look weak and like you’re just doing something because if you don’t you’ll look like a spineless creep.

Good for you John for finally having the balls to lose a few red-neck rugby votes on the alter of political correctness.

44 comments on “Should’ve done it before, John ”