Rogue National Party MP Jami-Lee Ross in an explosive press conference said he will resign from parliament and will tomorrow lay a complaint with police of corrupt practices against party leader Simon Bridges.

In a stand-up at parliament, Ross said he had he will resign on Friday and will contest a by-election for his Botany electoral seat as an independent.

Ross, who acknowledged that he had a mental breakdown but was now ‘well’, said he had evidence that Bridges had accepted a $100,000 donation on May 14 last year from a Chinese businessman that had been falsely declared to the Electoral Commission.

Ross, who yesterday was fingered as the leaker of Bridges’ travel expenses, said he was asked by Bridges to collect the cash and hide it by splitting it up into sums of under $15,000 which are not declarable. Bridges has denied any wrong-doing.

Ross said Bridges then filed a false return, which was later declared a mistake. Ross said that Bridges knew about the error and that knowingly filing a false return was a corrupt practice.

I know Simon filed a false return because Todd McClay (MP) and I spotted the return in January and suggested that it needed to be tidied up.

Ross said Bridges knew exactly what the so-called the “Cathedral Club” was (a bi-monthly National Party dinner used to raise funds for the National Party) and claims to the contrary were a lie. He said it was totally implausible that someone who is trained in law and was a former Crown Prosecutor would make errors on the electoral return accidentally.

Ross claims Bridges asked Ross to keep the whole business around the $100,000 secret but on June 20 Ross covered himself by ringing Bridges and recording the conversation where he said Bridges discussed all details. Ross also has photos of the dinner with the Chinese businessman. National Party President Peter Goodfellow was completely in the picture, Ross said.

He said he would give Bridges a chance to hear the recording before taking it with his complaint to the police.

Falsifying donations was a corrupt practice.

I believe Simon Bridges is a corrupt politician.

…a person without a moral compass or any underlying principles except power.

He advised anyone thinking of donating to the National Party not to do while Bridges was its leader.

Ross also revealed that Bridges popularity rating plummeted after his “get to know me tour” of the country. Before the tour he had a net favourable rating, but after it plunged to a net 27% negative, according to National’s own polls.

He said the speed and magnitude of the “unlikeability” plunge was far greater than experienced by former Labour Party leaders David Shearer, David Cunliffe or Andrew Little.

Ross said Bridges and deputy leader attempted to silence him by saying they had received complaints of harassment by four women. He denied the allegation and said no details were given. He claimed it was a blackmail attempt to get him to resign his position on National’s front bench.

I strongly deny I harassed anyone.

He also attacked Bridges for the handling of his breakdown, saying that Bridges said was “embarrassing”. No one’s mental health should be described that way, Ross, who said he was now well again, said.

Ross said the by-election would be a referendum on Bridges’ leadership.

Bridges held a news conference in response to Ross’s allegation. He said Ross had been suspended from National’s caucus and denied his allegations, saying they were “baseless”.

However, Bridges continually evaded questions surrounding the $100,000 by the Chinese businessman, named as Zhang Wiyun, which Ross claimed was falsely declared to the Electoral Commission.

Journalists said these were serious allegations that required a response but Bridges responded by saying they were a matter for police to deal with.

I have done absolutely nothing wrong. I have complied with the electoral laws at every single moment.

He refused to comment on Ross’s assertion that Bridges asked Ross to pick up the $100,000.

(Simon Louisson reported for The Wall Street Journal, AP Dow Jones Newswires, New Zealand Press Association and Reuters and briefly was a political and media adviser to the Green Party.) 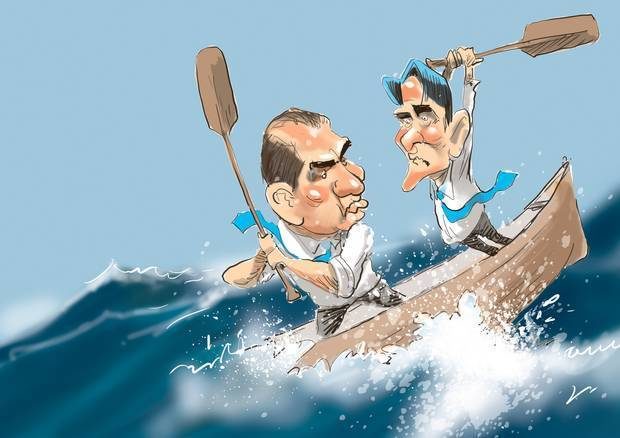 Rod Emmerson’s take on it – from the NZ Herald.

171 comments on “Ross resigns, to lay corrupt practices complaint against Bridges with police ”