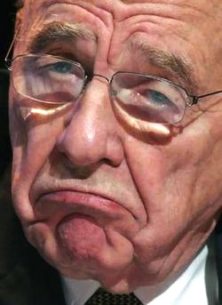 The Commerce Commission has repeatedly proved it is more lapdog than competition watchdog, and you can safely bet it will stay true to form to approve the proposed merger of Fairfax Media NZ and NZME, leaving us essentially with one owner of all newspapers in this country.

NZME owner, APN News & Media, in which Rupert Murdoch’s News Corp recently acquired a 15% stake, and Fairfax Media announced this week they are in exclusive discussions to merge their New Zealand assets by the end of this year. NZME assets include The New Zealand Herald, a swathe of regional papers plus extensive radio networks, including ZB,.

APN confirmed it will first spin off NZME as a separate listed company, giving APN shareholders one share per existing share in the demerged business, while also raising A$182 million of new capital. News Corp, APN’s largest shareholder, said it will participate in the capital raising.

Every major newspaper in this country, barring the independent Otago Daily Times and the Gisborne Herald, is owned by NZME and Fairfax. As well, they own Stuff.co.nz and NZHerald.co.nz, two of the country’s most widely used news websites.

“My view is that the Commerce Commission will approve it,” veteran analyst, media commentator and Managing Director of Milford Asset Management, Brian Gaynor, told The Standard.

“Everyone says it will concentrate the newspaper market, but that’s not the issue these days. Newspapers are being hammered by digital, and I would argue it will make the market more competitive because it will allow newspapers to survive a little bit longer than they would otherwise.”

The commission has a inglorious history of approving duopolies and monopolies, just last month rubber stamping the takeover of Caltex by Z Energy, where despite Z increasing its market share to over half, the commission ruled the takeover would not substantially reduce competition.

Gaynor said that decision surprised him.

In 2001, the commission allowed the grocery market to be cut from three players to two when Progressive was allowed to by Woolworths NZ from Hong Kong-based Dairy Farm Group.

Progressive was later bought by Woolworths Australia (Woolworths NZ was a separate, independent entity at the time, albeit with the same brand) with the commission declaring NZ was an open market where any potential new player could set up.

When The Warehouse Group declared an interest to enter the grocery market in 2006, both Woolworths Australia and Foodstuffs each snaffled up a 10 percent stake in the discounter and stymied its entry. After much procrastination, the commission did block takeover bids by both companies but by then neither needed to as they had killed off The Warehouse’s grocery aspirations.

In 2000, after initially declining the takeover of Turoa Skifield by Ruapehu Alpine Lifts, on the ground that it meant effectively only one skifield operator in the North Island (the South Island skifields were deemed a different market), the commission backed down and applied the ‘public interest” rule – that benefits outweighed detriments despite a substantial lessening of competition. That is the rule likely to be used to approve the newspapers proposed merger.

Benefits promised, such as skiers being able to ski between the two fields never eventuated and were never followed up by the commission and today ski lift prices are outrageously high.

Gaynor said that initially he thought there was no way the commission will approve the newspaper merger, but when he did the numbers on the advertising market, he said newspapers only have a small share of a very fragmented market.

“This won’t lessen competition because newspapers don’t dominate the media market – in fact they are tiny part of it these days. It may allow them to survive.”

“The newspaper market is buggered anyway. I wouldn’t expect we will have any daily newspapers in ten year’s time.”

Gaynor accepted a merger would result in even fewer journalists being employed, when for example the separate Fairfax and NZME press gallery teams are shrunk to one.

“It will definitely reduce traditional print journalism, but it does open the opportunity for digital journalism, which should be able to jump into the space.”

“I think it will actually keep more jobs in journalism. If you don’t have the merger, you will see the demise of the daily newspaper a lot quicker. This allows the company, if it is allowed to proceed, to stand for longer. It creates more jobs over the next 10-15 years – I’m not sure in the longer run.”

He said New Zealand’s small population meant it would be more difficult for an operator such as The Guardian, which has set up in Australia, from publishing here.

“I’m an optimist. I think someone will find a space somewhere digitally to create an outlet that will deliver some rational, unbiased content.”

Given the hollowing out of newsrooms and, driven by their website, newspapers’ focus on titillation and celebrities, it is a moot point whether contracting from a duopoly to a monopoly will matter.

Papers have always been a mixed blessing. Nearly always they have been controlled by bastard barons, whose purpose owning them was to promulgate views in favour of money and to influence politics so politicians who support such views are elected.

The beauty of newspapers of old for the barons, was that not only did they achieve those goals, but their classified were “Rivers of Gold”, as the Fairfax papers were dubbed, making piles of profits for their owners via classified. Those classifieds have gone now to digital sites such as Trademe.

The Dirty Digger, Rupert Murdoch, not only owns such scurrilous rags as The Sun, one of the world’s biggest circulation papers, and the disgraced and now defunct News of the World, but also worthwhile mastheads such as The Sunday Times, The Times, The Australian and The Wall Street Journal, my last employer in the industry.

The one almost saving grace about the Dirty Digger, as the name suggests, is that he loved digging dirt, and news generally. He knows news sells papers. That’s why he supported President Barack Obama for President, not because he liked his politics, but because his election would result in more news stories. He will certainly support Donald Trump.

Murdoch is infamous for coming unannounced into newsrooms to micromanage the day’s edition, telling editors which story they should lead with and where a pic should be placed on the page.

Despite all the loathsome things about newspapers, because of the bias of their owners and their unwarranted intrusion into people’s lives, I also love them and am addicted to them.

The sheer diversity of information you glean even from today’s pale parody of newspapers in their prime, is an everyday wonder. And even The Sun still gets some great scoops such as exposing Rusian athletes dope cheating.

Journalists tend to be curious people who try to get to the bottom of things, with most having a leaning towards society’s little guys, and therefore have a natural and understandable inclination to the Left, rather than the views of the papers’ owners. (I always found it difficult to comprehend how any self-respecting journalist could support the guys on top of the pile).

Whatever people say about the digital age of information, it is hard to see websites filling the void left by newspapers.

It is really only fully employed journalists who have the wherewithal, resources and inclination to delve into the deeply buried ills and wrong-doings of society. Bloggers would never have exposed the Watergate affair – it takes a powerful paper with huge, committed resources and a deterimined editor to carry such stories off. As was shown in the recent award film Spotlight about The Boston Globe exposing the systematic cover-up of priests buggering boys in Boston by the Catholic Church, it take huge commitment and will by a paper to pull off such a difficult story.

The full extent of the current big story, the Panama Papers, with over 11.5 documents to cover, is not going to be properly exposed by amateurs.

TV in this country has fed off newspapers. Evening bulletins invariably are populated by stories broken by newspapers.

Almost uniquely in the Western World, New Zealand effectively has no public broadcaster because TVNZ has been mandated by the government to make profits as its first imperative. That means it must chase ratings so the will and the resources to break stories have been greatly diminished.

Radio NZ does a good job with the few resources it has been given, but it has been starved of money under this government, with no increase in funding for nine years – equivalent to an 11.5% real cut.

So as journalists and resources are cut more and more from our three traditional sources of news gathering, politicians and villains will increasingly get away with more and people will be less informed. It may be a case of God Defend New Zealand because the journalists left won’t be able to.

43 comments on “Competition lapdog a cert to approve newspaper monopoly ”