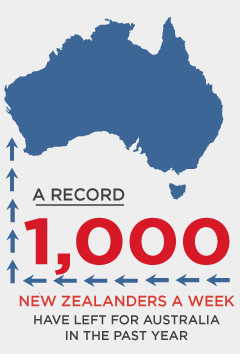 I was fortunate enough to go to David Parker’s pre-budget speech to business people this morning. He coined it his “Greece-proof paper” as he talked through how New Zealand’s problems are for our government to solve – rather than just blaming Greece.

Conservative ol’ National isn’t prepared to change the orthodoxy, to change from business as usual.

And with that we continue down the same track – down OECD rankings for wealth, and to an ever larger current account deficit as we slowly, inexorably, sell ourselves off to sustain our path.

As ever, it will be up to Labour to make the changes we need to our economy.

ut they won’t solve the real problems in their budget.

They won’t make it so it’s better to invest in productive Kiwi businesses rather than land as it is now. They won’t solve our lack of capital. They won’t look at the severe problems our exchange rate has on our exporters. They won’t encourage investment in research and development to make a smarter economy.

They won’t touch superannuation with a barge pole. Despite the fact that in just 3 years time it will be 20 times all other benefits combined, and they tell us of the pressing need to make sure the few hundred parents under 18 are spending “correctly”.  In 3 years time the super budget will be larger than all education – from pre-school to tertiary – combined.  Will they consider how we afford that?

A CGT, compulsory savings, changes to our monetary policy, r&d tax credits and a rise in the super age are all necessary, and all out of the Government’s view.

Parker would like to see Reserve Bank decisions made by the Board, rather than just the Governor, and that Board to have the interests of exporters, and labour (small l) represented.  A few more instruments would be added to their tool kit and they wouldn’t solely target inflation – growth, exports, current account deficit, jobs would all be a consideration. 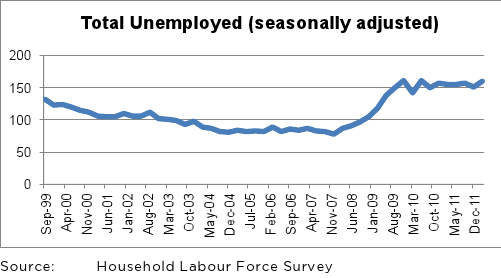 We wouldn’t wait until we have only 2.5 working people for each pensioner (or worse if those left have headed to Oz to escape the bill…) before we discuss changes to the age of eligibility for our Super scheme.

And we don’t want to keep flogging our brightest and best companies overseas because there is no New Zealand money to invest in them.  A compulsory savings scheme like Australia’s (or Kirk’s, as scrapped by Muldoon…) would massively deepen our capital pool.  A Capital Gains Tax would mean that people are less likely to invest in property for the tax advantage, and more likely to invest in productive business that will actually help our economy. 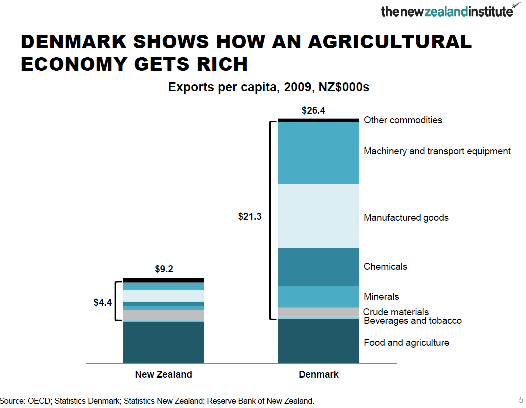 Research and Develop­­ment tax credits will encourage our businesses to focus more on the smart tech­nologies that are high value and create high value jobs.

While not against all mining, drilling and mineral exploitation (outside National Parks at any rate…), Parker points out they’re unlikely to save us – or they already would have.  Other than our pristine National Parks the restrictions on those industries are light, so any lack of exploitation is due to private companies not feeling it is worth it…

When asked about working with the Greens on such issues, Parker’s own environmental streak came through: he doesn’t see a problem working with them, because he agrees with them – and the Pure Advantage group of businesses.

We shouldn’t mine our parks, we shouldn’t have watered down our Fresh Water standards, and the polluter should pay the costs, not push them off to society or the environment.  That’s why he spent 3 years fighting to get the ETS through – again sadly watered down by this government.

Pure Advantage understands that it’s beneficial to NZ for business to own their environmental credentials. More regulation will in fact strengthen our environmental services sector, and is a real selling point overseas.

Some good ideas from David Parker, and once again it is up to the left to be Progressive and initiate the change our society needs.

If you change nothing, nothing changes, and we’ll keep getting fabulous projections and disappointing results like all of National’s budgets so far.  0.6% growth in total over the last 3 years, despite predictions like this: 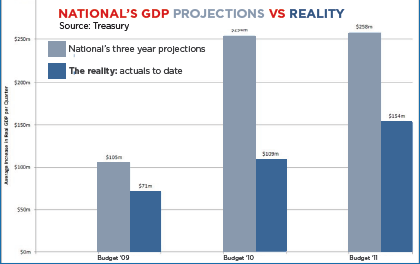