John Key’s been lying long enough to know not to tell a porky that’s instantly falsifiable. So, I was gobsmacked to see him on TV1 saying he had never heard of Whitechapel, the company that owns his shares as a holding vehicle for his ‘blind’ trust, Aldgate. Gobsmacked because at that moment I was looking at the online records of him giving those shares to Whitechapel. 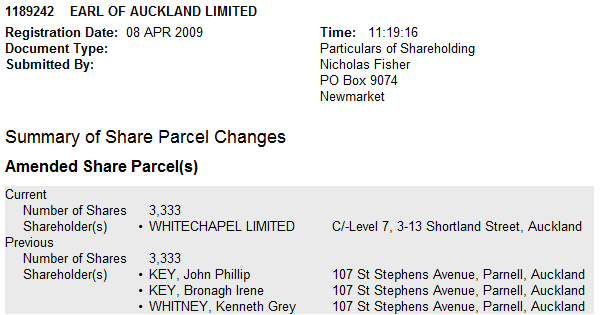 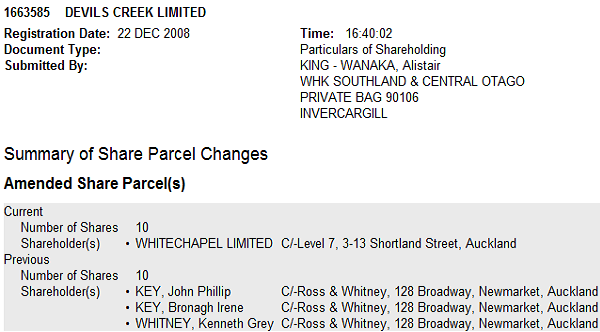 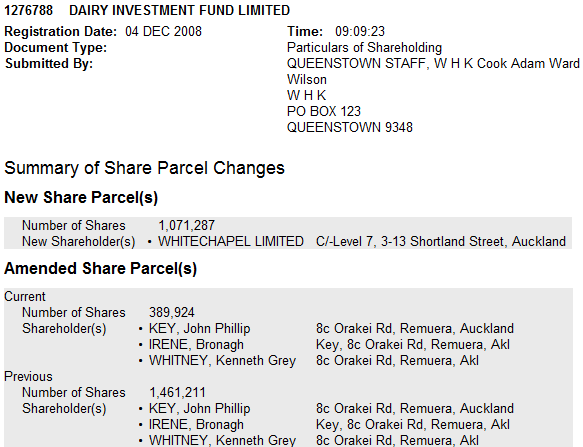 Key didn’t give his shares to the ‘blind’ trust, he gave them directly to Whitechapel.

You might also notice that the shares are being transferred from Key, his wife Bronagh, and Kenneth Grey Whitney. Whitney is the Key’s lawyer. And, he’s a director of Whitechapel, along with his legal partner. Their legal trust fund holds Whitechapel on behalf of Key’s ‘blind’ Aldgate Trust.