There doesn’t seem to be any level that National won’t stoop to in order to make excuses for plundering and polluting the environment. I’ve heard some nonsense in my time, but this…

It wasn’t so long ago (a blink of a geological eye) that NZ was covered in forest, teeming with birds, and awash with pure water. It’s not the birds that are the problem here. The Greens:

Blaming birds for poor water quality is a load of quackery
…
Environment Minister Nick Smith’s excuse that pollution from birds and geothermal activity is the real reason why his Government will not commit to swimmable rivers is completely baseless, the Green Party said today.

Dr Smith said last night that amending the Government’s policy on water so that the minimum mandatory standard for rivers is that they are safe for swimming is ‘impractical’, and cited bird colonies and geothermal activity as reasons why.

“We asked the regional councils how many waterways in their area are affected by birds and geothermal or volcanic activity, and the numbers are minimal,” said Green Party water spokesperson Catherine Delahunty. …

The cause of our water problems – the worst levels of waterborne gastrointestinal diseases in the OECD – is not birds or geothermal, it is intensive dairy farming. Listen to an actual scientist, the one and only Dr Mike Joy, set out the facts in this 10 minute webcast. 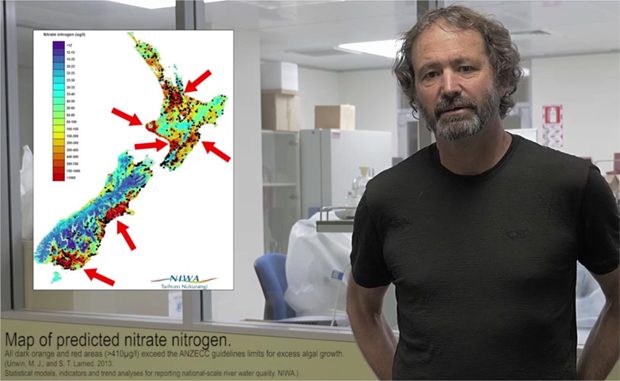 Havelock North is just the largest and most recent outbreak of water borne disease. It has happened before and it will happen again. There is now a discussion of the question of whether all NZ drinking water should be chlorinated. I’m with Russel Norman on this one, the better approach would be to stop putting shit in the water.

A photo essay by David Parker in the Hawke’s Bay:

Personal note: I’ve work to do elsewhere for a bit. Back in a couple of months.

59 comments on “Water quality too important for bird-brained excuses ”