Written By: mickysavage - Date published: 9:56 am, February 20th, 2021 - 24 comments
Categories: doofus of the week, making shit up, spin, the praiseworthy and the pitiful, us politics, you couldn't make this shit up - Tags: 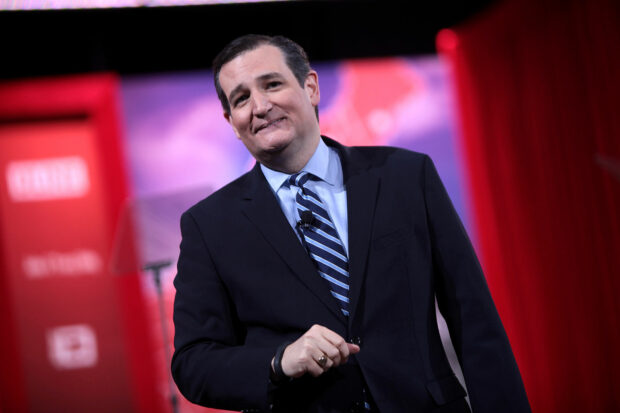 What should a Texan representative do when the state is frozen over following an extreme weather event?

Tour the state?  Make sure that Federal supplies of generators and fuel are delivered to where they need to be?

How about fly off to Cacun for a holiday?

If you guessed the latter then you would be right.

Ted Cruz, Texan Senator and wannabe President did exactly that.

The event caused the most perfect piece of twitter poetry I have ever read:

And as a close second:

Fly me to Cancun
And let me watch the ocean waves.
My people back at home
Have had no power now for days.

To be read thinking of Frank Sinatra.

I thought that we had reached a new extreme example of hypocrisy when this tweet reemerged.

Unfortunately it appears that the tweet is a fake.  But it is believable because Ted has over the years come out with some extraordinary claims.

In 2016 when Ted was battling with Donald Trump for the Republican Presidential nomination Graham Readfearn in the Guardian wrote this about his campaign trail antics:

I have no clue how many climate science denial myths a Republican presidential candidate can fit onto the head of a pin, but given these zingers are generally huge it’s probably not that many.

But we do now have some clue how many myths one of those candidates, Senator Ted Cruz, can fit into an eight-minute diatribe. At least six.

When asked about climate change at recent hustings, Cruz has been delivering a stock set of answers from the Little Book of Climate Change Denial (not a real book).

At one such event in New Hampshire, the representative from Texas delivered a diarrhea-like splurge (sorry) of talking points, myths and cherry-picked factoids.

The world isn’t warming – check. This is all about government control – check. Scientists used to think an ice age was coming – check. Every pinhead contains an etching of Al Gore in a loving embrace with a dirty private jet – no check.

This is not to single out Cruz who, we understand, is currently second in national polls.

The Donald, currently leading in the polls for the Republican nomination, also denies the science of human-caused climate change. So does third placed Marco Rubio. It’s a hat trick.

We know already that denying climate science has become part of the Republican psyche in the United States, but every once in a while it’s worth pausing to remind ourselves just how nuts this situation has become.

These are people who fancy themselves as the leader of the “free world” but think every science academy in the world together with the world’s thermometers, tide gauges and glaciers are all engaged in an elaborate hoax.

Back to the present and Cruz cut short his holiday and implied that he only flew south to take his daughters and was going to head straight back.  Unfortunately this contradicts what he told Sean Hannity on Fox.

The optics are sub optimal.  Travelling the other way over the Mexican Border to avoid dystopian third world conditions does not reflect well on what the mighty US of A has become.

I get it now. Ted and Heidi Cruz wanted their children to be safe, to have basic sanitary services like heat and running water, to leave behind a third-world apocalyptic nightmare for a safer place. Like so many parents before them, they decided to cross the Mexican border.

And the Democrats have been having a field day.  Beto O’Rorke has organised 860,000 telephone calls checking up on people.  And Alexandria Ocasio Cortez has fundraised a couple of million dollars and is flying to Texas to help distribute the proceeds to those in need.

The public response to Ted has been merciless.  He deserves the opprobrium.  But it is an indication of a major problem if someone like him can still be so close to becoming the next POTUS.