Local Bodies: First they ignore you 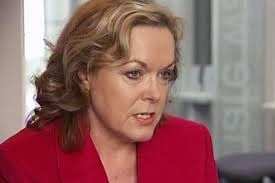 Local bodies writes on the way that National has been concentrating their personal attacks at the Greens. It is a pretty typical display by National in any election year. But you get the impression they’re going to seriously be dumpster diving for dirt this year – especially Judith Collins. National are getting desperate at their disappearing coalition partners.

The 2014 election year looks as though it is developing into a campaign of personal attacks and rummaging though others’ dirty washing. I don’t mind being a member of a party that ‘goes hard’ on the issues but when we got a public analysis of the cost and aesthetic value of an MP’s clothing, and whether they have the right to wear it, a new low had been reached.

Many Green Party members are a little bemused and surprised at the amount of the attention the Green Party and its MPs are getting at this stage of the year. It almost appears that National and its supporters are more inclined to level their attacks on the Green Party than Labour.

While abuse and attacks are coming thick and fast it is easy to feel offended when the vast majority of the accusations are inaccurate, exaggerated, total beat ups or just plain lies. The immediate and most natural response is to be defensive and deny each and every accusation, but I suggest this will largely be a wasted effort. We are better to remember Gandhi’s quote and realize that we must be well along the continuum for getting into government.

It seems that rather than attending to the important issues of the day, National Party supporters are dredging Facebook for interesting tit bits of Green Party gossip and easily debunked list rankings are being analysed in detail. It is apparently more important to build up potential coalition partners and find dirt on the opposition than seriously attend to an unwelcome incursion of our territorial waters and address the fact that New Zealand products are being removed from Australian Supermarket shelves. In both cases the Government’s response appears to be less than decisive.

The National Party is counting heavily on the flag debate capturing more voter interest and attention than the mess they made of the asset sales and their rather rushed and expensive education initiative (only 44% in a Stuff poll think it’s a great plan).

The Green Party just needs to continue doing what it does best, putting forward practical solutions for a sustainable and compassionate future and asking the hard questions of a Government that has few answers. As National’s responses become more personal and desperate and the attacks become even more petty and vicious, we should not feel obliged to play the same game, we have far more productive ways to spend our time.

13 comments on “Local Bodies: First they ignore you ”