Aotearoa is Not for Sale is counting down to the National Day of Action this Saturday 27 April.

Helen Kelly has stated her support for the day of action.

“Its really important people attend the rally on Saturday. Selling the assets makes no sense – economic or social. Retaining the action against the sale is very important. We will soon have a referendum on the matter and it is important the Government knows that despite their crude rush to get the sales over with, we will not be deterred.”

Now is the time to get out on the streets and protest.

– now that Labour-Greens’ NZ Power has shown there are alternatives to Key’s undemocratic asset sales agenda: a radical “neoliberal” agenda that benefits the few, and damages the lives of those struggling on low wages.

I’ll be marching in Auckland because we need to stop the asset sales before NAct does any more damage to the country.  Hoping for a big turn out.

Information about local events on Saturday are available at the bottom of the page at the above link.  However, I do find it frustrating they are all to Facebook pages and require logging in.  I have found some notices of local events elsewhere online: 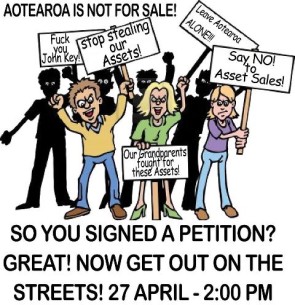 Hamilton: (from Augery) In Hamilton there is going to be a Not for Sale banner drop of the Bridge Street bridge at 12:00 followed by a 12:30 rally at the Rotunda on the city side of the  bridge.

See Facebook here. And Hamilton Aotearoa Is Not for Sale, have access to Garden Place from 10am. 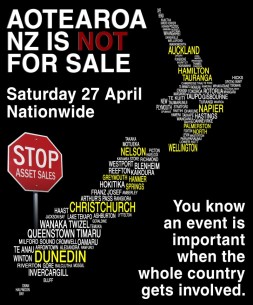 Photos I took at the Auckland rally: 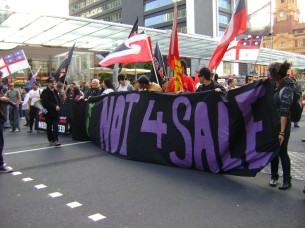 Before the march at Britomart 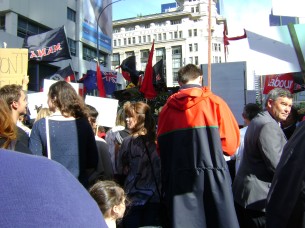 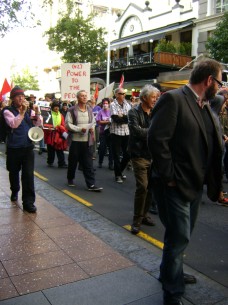 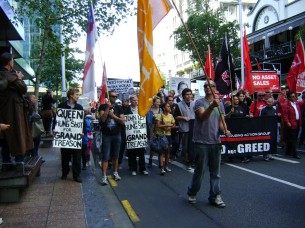 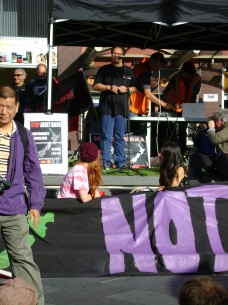 During the march I was told that the Glen Innes state house evictions will start again at the end of May.  Tamaki Housing Crisis, Public Meeting, Wednesday 8 May, 7pm, Glen Innes Primary School, Eastview Rd. 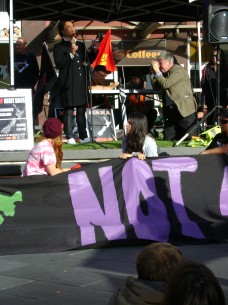 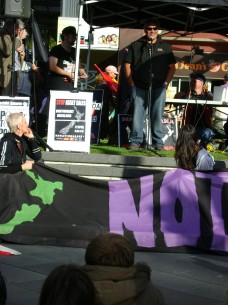 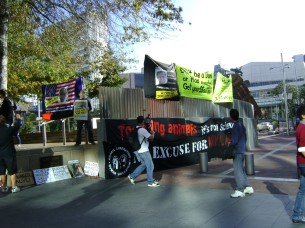 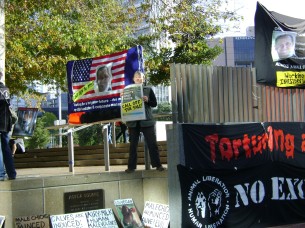 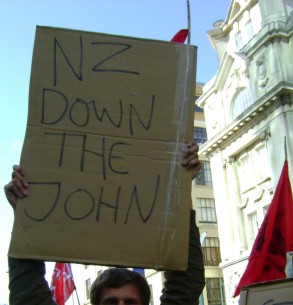 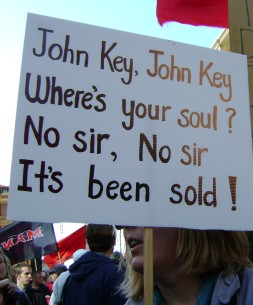