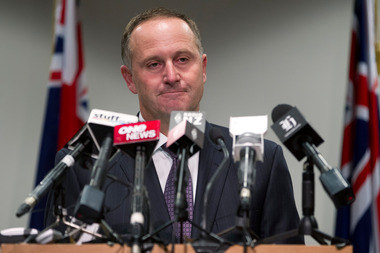 The focus group results are in.  John Key is backing down from trying to get Parliamentary Services from paying the agreed damages to Bradley Ambrose.

Prime Minister John Key will not pay his “teapot tapes” settlement with public money, his office confirmed this afternoon.

Mr Key said yesterday that it was “pragmatic” to pay a small settlement to freelance cameraman Bradley Ambrose out of his National Leader’s Office budget.

However, his office said today that after taking advice from Parliamentary Service, this would no longer take place.

The settlement costs, which have not be disclosed, would be met by the National Party or by private contributions.

“The costs involved in the settlement with Mr Ambrose will not be met by the taxpayer,” a spokeswoman said.

The legal costs which Mr Key had incurred so far in the case had already come out of his leader’s budget.

This was probably motivated in part by the failure to obtain prior Speaker’s approval.  A refusal would have been much more embarassing.  And the bad publicity would have swirled around while a decision was being made.  Best to end it now and bite the bullet, so to speak.

The whole incident suggests that National’s normally impressive handling of potentially bad news is floundering.  There is a difference between the state paying for the legal expenses when a Member of Parliament is sued in a representative capacity or for something that occurs while they are performing an official function and what occurred here, where a vendetta waged by Key against Ambrose and the rest of the media was motivated purely by political considerations.  To even think about using public money to settle this showed that Key and his office were severely out of touch with the predictable public response.

It is only fair that Key and the National Party should pay this bill.  But the same principle applies to the legal fees that the state has paid.  These should be paid back as well.

Meanwhile the masters of diversion are hard at work.  Giving the Herald the inside running on the story makes you wonder why … 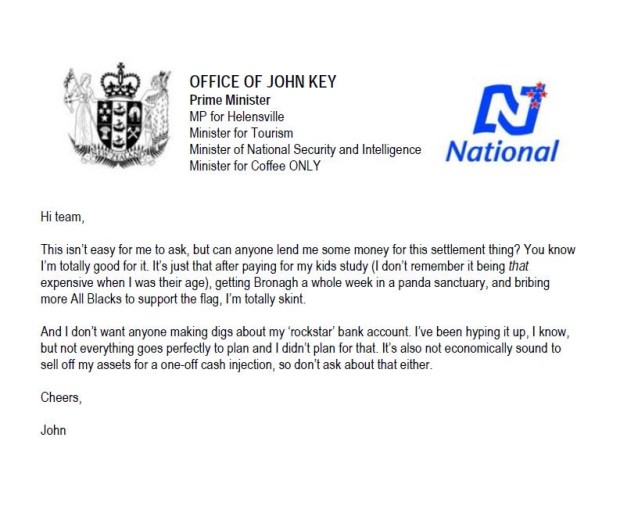