A Bit About How (my) Moderation Works (at present)

This Post should be read in conjunction with weka’s recent abundantly clear and highly informative one A bit about how The Standard works, this site’s Policy, and ideally also the site’s About. 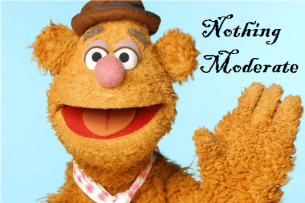 Two things irk me more than anything as Moderator when commenters respond to a Moderation note of mine:

It irks even more when I get these kinds of pathetic responses from commenters whom I moderate because they don’t read OPs and/or comments well and (thus) because they don’t respond to or address what was written. This does not make for good discourse and wastes everybody’s time.

Moderation is not personal. In fact, Moderators often moderate to make comments less personal – play the ball, not the man and don’t shoot the messenger.

Personally, I don’t know anyone on this site in a personal fashion.

There are currently only two main Moderators on this site. Of course, there are others who moderate less frequently because they are busy doing other things, here and (mostly) elsewhere, and seem happy to leave it to weka and me. Moderation is time-and energy-consuming.

Moderators tend to moderate differently and rarely do two Moderators moderate the same comment/commenter; there is a natural division of labour, which saves time and energy.

It is therefore not surprising that a recidivist offender receives several warnings and/or Moderation notes from just one Moderator, e.g. from me. This does not make it personal; it is the way things work on this site, at present. With Moderators coming and going, and being more or less active or inactive, in different times such as Election periods, and with different levels of Moderator exasperation, Moderation does change. Moderators are people with (busy) lives, as are Authors and the SYSOP, and they have better things to do than patrolling and policing the ‘pre-school sandpit’ that some commenters here seem to have or prefer as natural habitat.

Moderation is to enable and encourage (and sometimes, to initiate) robust debate. We highly value differences of opinion. However, when (strong) opinions are not well argued or not argued at all, the discussion thread will not be a good one, in most cases. When a commenter displays poor behaviour, e.g. weak or no arguments, not listening to others and mis-reading OPs and/or comments, simply parroting the same thing (i.e. doubling down or digging in), et cetera, they can expect a note from me. Ignorance is no excuse, but being wrong is ok as long as you are willing to acknowledge and address/correct it, if applicable, especially when asked by another commenter in the discussion thread, which is often a trigger warning for a Moderator. It does not really matter whether this behaviour occurs under an OP or in OM, the same rules apply, more or less, although each Author can moderate their own posts as they see fit and some write a special ‘disclaimer’ at the bottom of their posts to guide commenters.

Some recipients of a Moderator note take it as intended, i.e. as a warning and/or a request to do better or take corrective action, but others, unfortunately, take it personally and claim that because I disagree, I pick on them, (and) because it is my “prerogative”, i.e. because I can without accountability or (negative) consequences (NB this assumption is incorrect as some previous Moderators of this site have found out). Without exception, they choose to miss and/or ignore the points of the Moderation note. Such pattern behaviour usually leads to a ban. 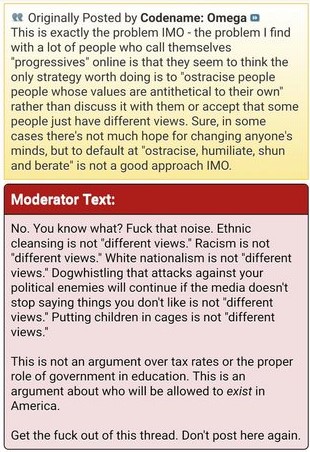 What about bias? Bias is often intertwined with personal and disagreement. This is another one Moderators are frequently accused of. It is undeniable that there is an element of bias in Moderation, but not necessarily in the way some seem to think. As said by weka in her Post, moderation takes considerable effort. I make a considered effort to eliminate as much bias as is practical without turning Moderation into a limp slap around the ears with a wet bus ticket, i.e. utterly ineffective.

Everybody who supports the running of this site is a volunteer. None is High Court Judge, for example, and we all make mistakes, correct them when/where we can, and apologise – be the change you want to see. This site is free for everyone to comment and even submit Guest Posts. If you don’t like moderation you are free to leave and go elsewhere or start your own blog site.

Unfortunately, some who are banned here, temporarily or permanently, feel the need to spew their bile about their ‘unjust and unfair treatment’ on other NZ political blog sites and they can get very personal towards TS Moderators in their rants. It is obvious that their sense of entitlement and hurt ego skews their perspective, which comes through in their comments that resulted in the ban in the first place.

As an aside, I feel more often biased against (!) comments from ‘Lefties’ here and not just because of the fact that on this left-leaning blog there are many more than from other ‘ideologues’. Anyway, when you ‘needle’ me enough I will oblige and reciprocate. This does not mean the initial Moderation note was biased but it can easily become a self-fulfilling prophecy, one that I cannot easily avoid without turning into a timid tosser instead of an effective Moderator.

I hope this short post helps to dispel some of the misconceptions about my moderation in particular. As such, I hope it will help to make this site an even better one, with the help of a high-quality commentariat. 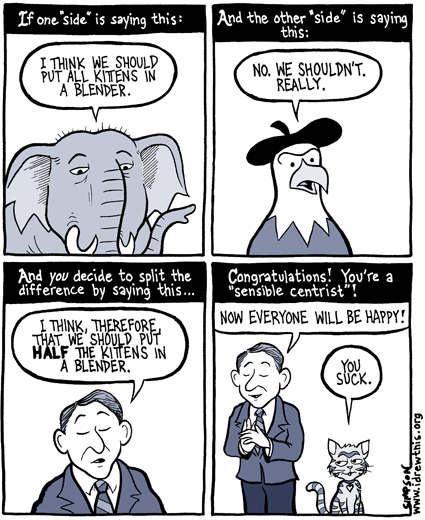 Disclaimer 1: If anything of the above feels like it is about you personally, you are probably correct, because I used it as an example, and yet you are wrong, because it is not personal. Please do not go down that path. Please feel free to ask questions but do not take this as an invitation to tell us what to do here or to litigate previous moderation because that will remove any doubt that you have not read the above links and not understood this post, in which case it might be better you say nothing until you are ready and willing to contribute here in good faith. When in doubt, ask. Thank you in advance.

Disclaimer 2: To be 100% clear, this Post is entirely my personal views on The Standard and my moderation.