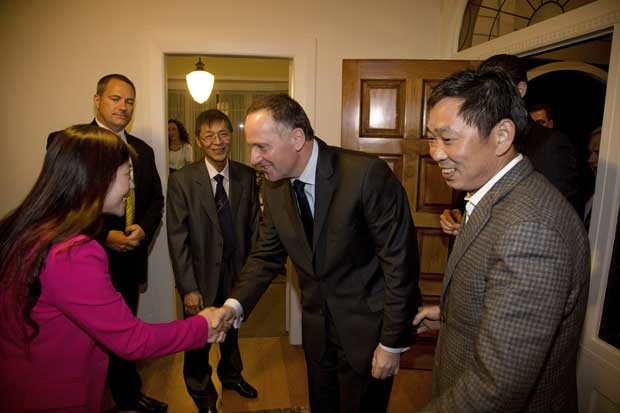 I am writing a post about the Donghua Liu timeline for tomorrow but one question jumps up and I wonder what the answer is.  Crowdsourcing help would be appreciated.

Today the Herald announced that Liu donated to the National Party the sum of $25,000 in August 2013.  It was said that the donation was to Jami Lee Ross’s Botany campaign.

Liu does not appear to be a details person.  His comments about the donation to Labour which includes a rowing club and a Chinese cement factory reinforce this.  Did he intend to donate it to Ross and not National?

The amount, $25,000, is above the the amount that can be donated anonymously to a party.  It has to be declared.

The National return for 2013 donations does not appear to include this particular donation.  It was dated April 30, 2014 and this is after the problems with Liu and Maurice Williamson became public but a day before Williamson’s resignation.

And it does not appear in Lee-Ross’s return of pecuniary interests.

So have I missed something or is National trying to pull a swifty?

61 comments on “A random impertinent question about Donghua Liu ”