A sad day for the parliamentary Left 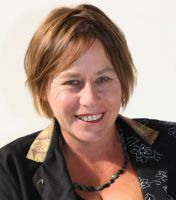 Stuff has announced the resignation of Sue Bradford from parliament. Over the years Sue has championed more pro-worker legislation than just about any MP I can think of and has in the last few years been a backroom powerhouse for the Greens through her ability to deal with people with a warmth and sincerity that is unusual for any politician let alone one with such a strong and comprehensive conviction of belief.

While the media is already bleating on about her role in the section 59 legislation and the Kiwiblog Right will spout their filth, the truth is that you would be hard-pressed to find anyone who has worked with her who has a bad thing to say about her.

In some ways I can’t blame her for wanting to leave the shallow bear-pit that is parliament but I can certainly say that it will be a poorer place once she’s gone.

According to Stuff she’s going to go back to grassroots activism so she’s not lost to the Left but I think this is one of the rare occasions I can speak on behalf of all of the Standard and wish her well for her next steps and thank her for the work she has put in and the legislation she has had passed for the Left.

40 comments on “A sad day for the parliamentary Left”