Are Revolutions A Good Idea? 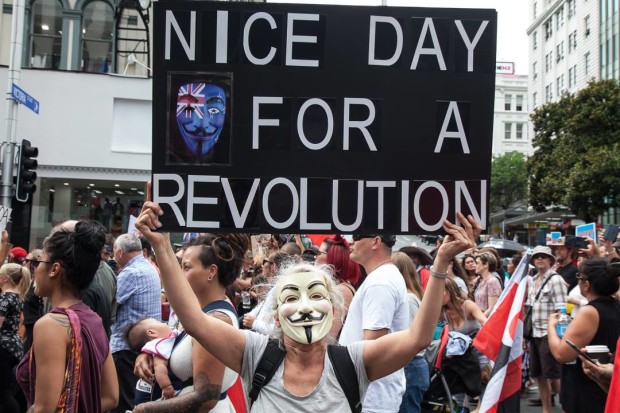 Ok so we saw Trump’s supporters storm the Senate for an afternoon. And the symbolic wrath they got in return was far greater than the massive and often violent burning and looting protests associated with Black Lives Matter for months on end. It’s not unreasonable to ask why the Police treated the BLM protesters harshly but BLM were in the end exceedingly effective, and on the other hand Police were pretty light on the Senate protesters but who were given near zero sympathy in the media and catastrophically lost.

Revolt? Revolution? Pain in the ass? Depends, like comedy, on timing. And which side of history you end up on.

The most successful rebellions and revolutions of the last century challenged the moral legitimacy of the current rulers and convinced people that an alternative was possible. They usually arrived – particularly just after World War 1 – when growing opportunity was blocked. Most profound revolutionary changes result from pressure from both the top and the bottom of society. Marxist belief that the proletarian mass have revolutionary integrity has been repeatedly disproven in the actual history of Marxist-Leininist revolutions. Lenin and Mao came from the middle class. Castro was the son of landowners. Career progressions are to be accelerated, mostly.

Revolutionaries need to demonstrate that the state is out of control. The Tet offensive in Vietnam in 1968 makes no sense in military terms with 35,000 dead. But it demonstrated that the state no longer had the moral claim to be able to protect its citizens. It also did for the Iraninan Shah. Each time the Shah’s police shot demonstrators they set in motion a cycle of mourning and revolt. By the month of Muharram and the end of 1978, daily demonstrations were shot at until on 12 December 2 million people came onto the streets to start the Shah’s overthrow.

All rebellions begin as revolts against injustice, opporession, and exploitation. The memories of enslaved ancestors do more to drive people to revolt than any dreams of liberated grandchildren. But revolutions with a shot at success combine moral fervour of injustice with an ethical vision (irrespective of its coherence) of how the state could become a servant once again. Most revolutions have the same four goals: protection (often called peace); welfare (and bread); justice (wrongful imprisonments or death); and truth.

In all revolutions truth is the commanding height which is fought for most vigorously. You are most of the way in a fight if you can make the state appear to be what it often is: a fiction that is self-made, often without roots, and one that is immoral as well as false. In the fall of the Soviet Union the trick was the truth production was that it was no longer reinforced with tanks. Arrogance from rulers helps. Marie Antoinette’s comment that if the people did not have enough bread they should eat cake is infamous.

In revolutionary situations most ruling groups reveal themselves to be prisoners of their own fictions, responding to threats by hardening themselves. Few can handle the politics of retreat: making concessions at just the right speed and with just the right amount of moral contrition to stay ahead of the waves. Brazil’s Lula could have jailed a swan of his corrupt state corporation cronies and given his anointed successor an easier time. Instead she held her predecessor’s line and was chucked out – but could have done a bit of firing and jailing and survived a few more years.

Revolutions are moments when under stress the symbolic world of the state collapses and its moral promises are revealed to be empty. As this happens, the real gulfs of interest between the state and those it claims to serve are exposed.

Unfortunately, you topple the old order and you have to live with chaos and anomie for a bit. Most every postcolonial country in Africa. Sometimes the entire country never recovers. Friedrich Engels wrote that “the revolution made does not in the least resemble the one they would have liked to make.” Fiji never recovered from its multiple military revolutions. Adam Michnik, one of the leading intellectuals of the Polish Solidarity movement, said that those who start by storming the Bastille end up building new Bastilles. Poland today is not what Solidarnosc promised. Huxley said “what starts as heresy ends up as superstition.” Jesus would agree.

There’s no guarantee you’ll win. Or even if you do that anything will get better. Four of the five nations on the UN Security Council – the US, China, Russia, and France – were all born of violent overthrow. They’ve locked up the world between them. And Britain still celebrates Oliver Cromwell the executioner of the King outside the gates of Parliament. They all believed they’d found the unique secret of good power. All believed their principles were universal. All thought they had begun history anew. Another will come along just as righteous.

We are used to thinking that the era of revolution is passed. Maybe it did in the 1980s in Africa. Maybe it did in Europe and slavic states and the Caucasus in the 1990s. Maybe it did in the Western Pacific in the early 2000s. Or maybe it’s just the left that’s foregone revolutionary fervour and the real revolutions are generated by the right and they are successful against the EU and against progressive states. It’s true that modern democratic states are built to resist revolutions. Because power is exercised through so many disciplines and agencies, a higher proportion of the population is likely to have a stake in the complex order of society and stand to lose if it is thrown up in the air. Both globalised people-networks and the shrunken devolved state encourage this interdependent and counter-revolutionary tendency. Marcuse’s “Revolution and Counter-Revolution” seeks to figure this.

But rebellion remains a vital part of what keeps power moral. When young French Muslims rioted in 2005 they weren’t trying to change the regime they weren’t trying to change the regime, but their actions forced the neglectful state to respond as nothing else could. That responsive reform to include more moderate Muslims and exclude radicals continues under Macron and will continue after him. We certainly saw it here after 9/11. When Bolivian rioters in the mid-2000s forced an ineffective government from office they too showed that democracy isn’t solely about polite conversation in parliaments. It needs to be continually refreshed. If we don’t get the short sharp shock of raw passion and anger and ideals, we just get mediocrity. Arguably that’s what we’ve had here since Bolger, and we’re now one of the most unequal countries in the developed world.

The Ihumatao protesters who in 2019 blocked the road, seized land, and drew thousands, got the attention of government as few others have. They got deals through ideals.

Revolt that revitalises and restores power’s moral sense can do good by becoming institutionalised and tamed, leaving the battles of politics to result in bruised egos and a few ended careers, rather than bloodied corpses.

24 comments on “Are Revolutions A Good Idea? ”