Are we this stupid? 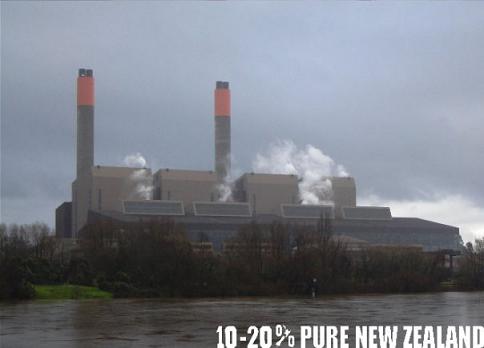 I got along to the Greens’ sold-out screening of The Age of the Stupid last night. It’s a powerful movie, perhaps a bit disjointed at the start but it builds to a conclusion that really hits home. You can’t watch it and not come away more determined to do your bit, and demand your government does it bit, to fight climate change before it’s too late.

The movie also left me wondering. Are we really this stupid? Will we blithley and in full knowledge of what we’re doing destroy our plaent’s ability to support us and our lifestyles? Will we continue to let our governments do too little, too late? Are we so blind, so short-sighted, so blind?

I think there’s smoking analogy here. How many of us still smoke, knowing the high chance that it will cause severe damage to our health in decades’ time? We can alter our behaviour now to avoid long-run costs. Now I think about it, maybe the health risks are just part of the reason why we smoke in ever decreasing numbers.

The other part is societal. Once a critical mass of people was established that didn’t smoke themselves and didn’t want others smoking around them (probably most because it stinks but some wowserism over second-hand smoke helps) smokers had to start conforming their behaviour to non-smokers’ aims, rather than the other way around. As with smoking, so it could be with high-carbon lifestyles. Once enough of us start deciding that we will live low-carbon lifestyles, we will be able to demand changes from the market and from government to enable low-carbon living, rather than enabling high-carbon living as is currently the case.

Keeping with the smoking analogy, I think a crucial difference is that if I smoke I’m primarily and directly putting myself at a risk I otherwise won’t be exposed to. Climate change isn’t like that. The link between my actions and the outcomes is complicated, and the consequences of my actions are diffused amongst everyone while at the same time I bear the consequences of everyone else’s actions even if I don’t contribute to the problem. It’s your classic tragedy of the commons, of course. And the solution to the tragedy is to plan collectively and make people bear the consequences of their excessses personally by rationing/charging for the use of the resource.

If we don’t want this to be remembered as the age of stupid, the era in which we squandered the Earth’s limited resources and destroyed our environment, it is down to each of us to do our part. We need to take responsibility at an individual and community level by living low-carbon lifestyles, and, building on that, we need to demand our governments make high-carbon lifestyles unattractive and unaffordable. Before it’s too late.