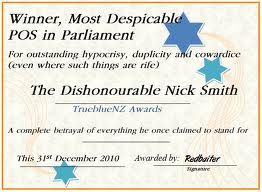 Smith wants to increase the urban sprawl to deliver more land to private developers. This will do nothing to create more affordable housing or to defuse the housing bubble.  It will add to Auckland’s transport problems.  Those that can afford to will buy or rent near the main transport routes.  The less well-off will be increasingly marginalised in the outer areas, adding costs and time to their journeys to work or to seek work, to services, and leisure activities.  For some such  things will become increasingly inaccessible. Smith’s plans for urban sprawl an the weakening of the Resource Management Act will put extra pressures on the environment and transport, doing nothing to counter the impacts of climate change. 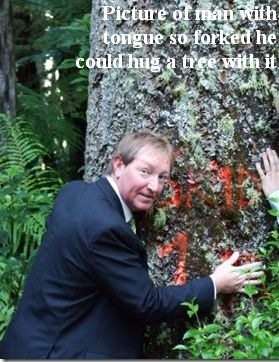 New Housing Minister Nick Smith is vowing to break the “stranglehold” of  Auckland Council’s policy of containing urban sprawl – a policy he says is “killing the dreams of Aucklanders” by driving up house prices. In his first major interview on how he plans to tackle the housing affordability issue handed to him in January’s Cabinet reshuffle, he said his focus would be on opening up land supply because land prices were the biggest factor putting home ownership out of reach of many Aucklanders. “There’s no question in my mind that we have to break through the stranglehold that the existing legal metropolitan urban limit has on land supply,” he said. But Auckland Mayor Len Brown hit back last night, saying Dr Smith was advocating a flawed Los Angeles model of “suburban sprawl and unbridled land availability”. “I’m pretty disappointed in the minister’s positioning, and I am disappointed because it reflects a philosophy or view of city development, and particularly development of our city, that goes back to the forties and fifties,” he said.

The excellent Auckland Transport Blog has often made the case for a more compact Auckland, as in this post on a recent report which was,

paid for by the government and Auckland into the economic competitiveness of the NZ economy. … The report has been put together by Hong Kong-based Professor Michael Enright and another expert, Michael Porter.

Professor Enright said Auckland’s first priority should be a mass transit system, including the city rail loop, followed by revitalising the CBD – calling the $45 million upgraded Aotea Square a “concrete jungle” – and an end to urban sprawl in favour of an “overall denser Auckland”.

mickysavage, responded to the RNZ report on Smith’s plans with this excellent comment:

And so Nick Smith wants to “smash” Auckland’s metropolitan urban limit even though it is shortly to be replaced by the “rural urban boundary” which he seems ok with. And the difference between the two? The MUL is slightly stronger and permits less development outside it’s boundary whereas the RUB will be slightly more permissive. But they are both designed to change Auckland into a compact urban form. The repercussions of not having a MUL are clear through experience throughout the world, more sprawl, more need to rely on a car for transport, a less economically viable city and destruction of fertile land as the city expands. Development becomes more expensive and environmental damage increases. Smith is using violent language to try and deflect criticism of the Government for not doing anything about housing affordability. Now they can blame Auckland Council. It was good for Len Brown to stand up to Smith this morning. But stand by as National gets ready to undermine environmental protection and Auckland’s right to design a unitary plan so that Auckland grows the way that locals want it to.

Smith’s plan will do nothing for housing affordability, is undemocratic, and is looking to over-ride the plans of the council, done in consultation with Aucklanders.  It aims to enable a further land grab by developers.