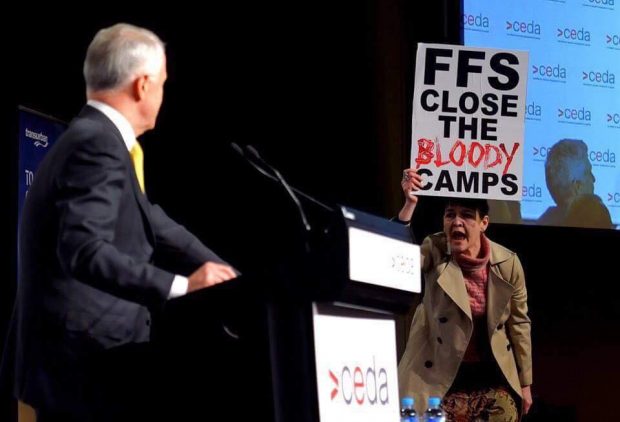 Although the final results are not in yet it looks like the Liberal party has lost the seat of Wentworth. The best New Zealand comparison I could come up with would be if the National Party lost Helensville or Labour lost Mangere. The young gifted and beautiful people of Mangere are far too smart to ever think of this as an option but you get the picture.

Katharine Murphy in the Guardian has the details in this article with the title “[t]he Wentworth byelection isn’t just a loss for the Liberals. It’s a disaster”.

Her introductory comments are:

Let’s not sugar coat this, the outcome in the Wentworth byelection is a disaster for the Liberals. Counting isn’t over yet, but the anti-government swing in this contest will be north of 20%, which is the biggest swing ever recorded against a government at a byelection.

A repudiation of amoral plots, schemes, coups, and seat-of-the-pants bullshit – a howl of frustration from voters, from the most well-heeled to the couch surfers, about the endless weasel words from their disconnected, half-deranged politicians – a group with scant respect for facts and evidence, intermittent competence and no plan in evidence to address the problems the country faces.

It was a rebellion against political business as usual. People are sick of it.

And Labor need to be careful and respectful.

The rise of the independents isn’t just a problem for the Liberals. Representatives connected to their communities, with a will to serve them, can take seats away from Labor too, and from the Nationals. This is a major party problem, not just an affliction confined to a government that has forgotten how to be competent.

There’s an earthquake going on in Australian politics. So far it’s just a rumble, but if the incumbents don’t hear the rumble, and start to change things up, make no mistake: the rumble will become a roar.

And let’s concentrate on two of the details, climate change and the treatment of the Nauru refugees.

The Liberal’s refusal to accept that climate change is actually happening played a significant part in the result.  From News.com.au:

While the swing against the Liberals undoubtedly reflected widespread anger about the treatment of Turnbull, Dr Phelps said the party’s stance on failing to take real action on climate change also played a huge role.

“There was absolutely no question that climate change action was a major issue at the Wentworth by-election,” she said.

“It was something almost everybody was talking about. You couldn’t miss the presence of climate change activists in the area.

“What we need to do is accept the science on climate change. Climate change is real and I’m science trained and I’ve been satisfied by the evidence for a very long time.”

The right is in danger of winning the culture war and keeping its core happy but losing the battle that really counts, for political power.  Too many people realise that climate change is happening and accelerating for the Liberal’s tawdry climate denial actions to work.

As said by Professor Judith Brett in the Conversation:

To be sure, those who doubt the seriousness of climate change are now more likely to describe themselves as sceptics rather than outright deniers, but the effects are the same. Doubting the risks of climate change, opposing serious counter measures and believing in coal’s long-term future is an identity issue for many Coalition politicians.

As an identity issue, it is largely impervious to evidence, as we saw in government ministers’ hasty dismissal of the recent Intergovernmental Panel on Climate Change report – before they had even read it, one suspects. Identity issues are also resistant to the normal processes of bargaining and compromise with which many political conflicts are resolved. The National Energy Guarantee was the last of the government’s energy policies to founder on the suspicion that a market mechanism might damage coal. Chief Scientist Alan Finkel’s Clean Energy Target met the same fate.

So now, some members of the party of private enterprise and the free market, which argued for and oversaw the privatisation of most of Australia’s power utilities, are seriously advocating that the government develop a coal-fired power station.

As for the Nauru refugees what is really good is that Kerryn Phelps is actually human and wants to do something for them.  Again from the Guardian:

Kerryn Phelps has said she believes the “writing is on the wall” for Australia’s offshore detention policies as prominent members of the crossbench urge the major parties to strike a deal to get children off Nauru.

The independent, who is now all but certain to claim the Sydney seat of Wentworth from the Liberals, said on Monday night the massive swing towards her and against the government showed “the people have spoken” on refugee policy.

“I think the most important thing is that we give now the government an opportunity to respond to what the people have said,” she told the ABC’s Q&A program. “The people have spoken on this issue, I believe, in this byelection.”

New Zealand’s offer to take the Nauru refugees is still on the table.  The Australian Government is now contemplating accepting that offer but with a rider to make it very difficult for them to then get into Australia.  From Katharine Murphy again:

Scott Morrison has put resettlement in New Zealand on the table provided the parliament supports government legislation shutting the so-called “back door” entry to Australia for people transferred from Nauru.

[Labor shadow immigration minister, Shayne Neumann] says Labor is prepared to countenance the bill but the government must first guarantee acceptance of New Zealand’s longstanding offer to resettle asylum seekers “and the removal of all children and their families from Nauru to New Zealand”.

“We trust you have been engaging already with the New Zealand government on arrangements to move vulnerable asylum seekers as soon as it becomes possible to do so,” the shadow minister says in the correspondence.

Neumann says the next condition is ensuring that any lifetime ban “is only applicable to the cohort transferred to New Zealand”.

“Your government has argued consistently and continues to argue that the issue of concern is specific to New Zealand due to the unique trans-Tasman travel arrangements we have in place.”

He says if the government is concerned to ensure that asylum seekers resettled in Nauru don’t then relocate to Australia, “then limiting the legislation to New Zealand will achieve this outcome”.

How tawdry.  After mistreating and abusing the refugees for so long the Australian Government is now prepared to accept New Zealand’s offer but as a kicker will discriminate against them by refusing to allow them entry into Australia.  Of course the refugees should accept the proposal just so they can get out of their current awful situation.  But this rider is despicable, abhorrent, and a direct repudiation of Australia’s obligations to consider refugee applications seriously.  All for political advantage.  There should be a special place in hell reserved for these sorts of politicians.

And time is ticking for the Liberals.  They no longer have a majority in the House of Representatives and will be severely restricted in what they can do.  The next election is due in May 2019.  I suspect it will be touch and go if they last that long.