‘Beware’ that was Mary Wilson’s conclusion to her interview with Paula Bennett yesterday. The audio is here: Beware of Bully Bennett 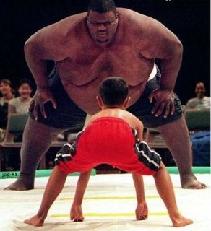 – Beware that if you voice any opposition to a government policy and the minister decides it has been going on too long or it’s too damaging, they will release confidental information on you.

– Beware that if you oppose their tax policies, they might just decide that the public needs to see your tax returns.

– Beware that if you want harsher punishment for criminals, maybe they’ll publish your speeding fines.

– Beware of government that feels it can disregard the rule of law and constitutional conventions, and use its power against individuals when it suits.

Nobody – whether they are Left or Right, whether the Government is Labour or National – should accept a situation where ministers are willing to abuse the powers entrusted in them to bully members of the public who dare to oppose them.

National has no real excuse. The line they cobbled together in a panic yesterday morning, ‘if we’re going to have a debate these facts needed to be on the table for balance’, doesn’t make the slightest bit of sense. Why would the incomes of two women (who just so happen to be the ones opposing the policy) be relevant information to considering whether anyone should have access to the training incentive allowance? Even if it were relevant, that will still not permit the release by a minister of private information about an individual without their permission or legal justification.

Key, naturally, is ‘relaxed’. He doesn’t care about the rule of law. He won’t enforce the Cabinet Manual but there’s still the Privacy Act. We can hope that the Privacy Commissioner will stand up for the rights of all us to be free of such abuses of power.

33 comments on “Beware of unbridled government ”