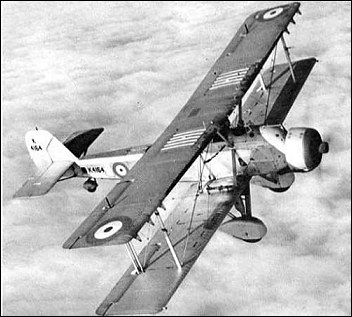 They called it the “flying coffin”. The Vickers Vildebeest, top speed 95 miles and hour. They joked that its only defence was that when the Japanese pilots  saw it they would die laughing. In Singapore in 1941 it was restricted to night flying as it was so vulnerable. My uncle Andy Fleming was a pilot in 36 squadron which flew Vildebeests and also had three Fairey Albacores, another obsolete  biplane torpedo bomber, a coffin with a cabin.

The squadron had flown twice the night before Japanese transports were sighted off Endau, on Malaya’s east coast, on January 26 1942. The high command decided that they should be attacked with bombs as the fleet would be in shallow water, with Vildebeests as well as more modern Hudsons. The book “Bloody Shambles” has a full account of the raid and one of the men describes how the crews felt when they got the news that Japanese fighters were expected:

There were a number of tired, old, young men grouped around their Squadron Leader in the operations room. They were tired because most of them had been on two bombing missions the night before, and they were old for war makes men that way. Most eyes were following the navigation oficer as he pencilled in the names of the crews on the big blackboard. 36 men would be selected for the operation, and as we had slightly more men than that, some lucky ones would be free to go back to bed. I rather hoped my name would not be on the board (I think nearly all were hoping the same), but it was.

It wouldn’t have made a difference for there were actually 72 men selected. Two waves of 12 aircraft, each with three crew, from 100 and 36 Squadrons. The first wave had some cloud cover, but Andy was in the second wave when the clouds were gone and the fighter protection was late. As Bloody Shambles says:

With no fighter protection or cloud cover, a feeling of impending doom must have been prevalent amongst the crews, their pilots struggling to hold position as they strove to reach the transports.

The defence of Singapore was a disaster and this raid was only one of the disasters, but it perhaps summarised all that was wrong as air defence had been promoted as the island fortress’ saviour. Of the 72 crew in the raid, 27 were killed, Uncle Andy among them. One other was killed by Japanese troops after his aircraft had crashed.  Of the 24 aircraft in the two bombing waves, 12 were totally lost, 2 were written off, and the other ten damaged. One pilot reported at his debrief:

On my return to base I went, as was my duty, to the Squadron Ops room for debriefing. Our Ops Officer started to question me but I was so damned angry that I told him that it was nothing less than a “bloody shambles”. I added that I would tell Command AHQ myself. And I did. For I was just about certain who it was who had ordered those two suicidal sorties.

Nearly sixty years later I am glad someone was angry at the time. It’s small comfort, but I have often thought how Andy must have felt as he climbed into his slow and elderly plane. I’m sure he would have been staunch; the sense of duty that led him to volunteer early in 1939 for flying training would have kept him going to the last. The same sense of duty that sent his brother Jack over Germany one year later for one flight only, from which he also did not return. My generation has not had to face those choices – they were brave men indeed.

For many good reasons the Singapore campaign has stayed alive in more memory than mine. Bloody Shambles account concludes:

Air Vice Marshal Maltby, from Air HQ, visited the survivors of the Vildebeest squadron, congratulated them of the results of their attacks, and assured them that they would never again have to undertake a similar daylight mission. The crews had earlier been promised that they would not be ordered to fly day sorties, but the desperate situation had forced Air HQ to take desperate measures.

Had such gallantry occurred nearer home, a plethora of decorations, including perhaps a Victoria Cross or two, would have been announced for the actions performed on this day.

Small comfort again, but this is my tribute on Anzac Day to Uncle Andy’s gallantry. Per ardua ad astra.