We’ve been puzzling over how Bludger Bill can be spending all the $920 a week he is rorting for living in his family home in Wellington on an allowance meant for out of town ministers.

I mean, $920 is a crap load of money. If a solo mum can eke by on $200 a week less as her total income to support herself and 3 kids and still be vilified as a bludger, how does Bill manage to get rid of $92o on his family home alone, especially as he’s only allowed to count $700 a week max towards the board he apparently pays to his wife, who now owns the place making him a lodger? How does he get rid of the other $220?

Can’t be all incandescent bulbs and small-handed Asian cleaners.

So, we sent one of our intrepid reporters around to have a look. Here’s what they came back with: 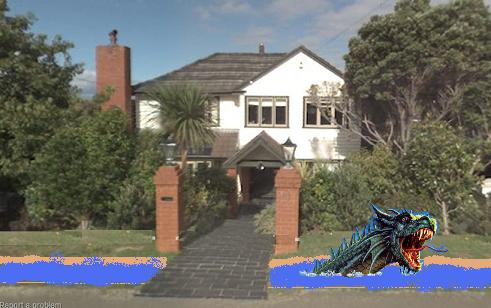 Ah, that explains it.