Generation Zero have a great initiative, the Zero Carbon Act. And credit where it’s due: 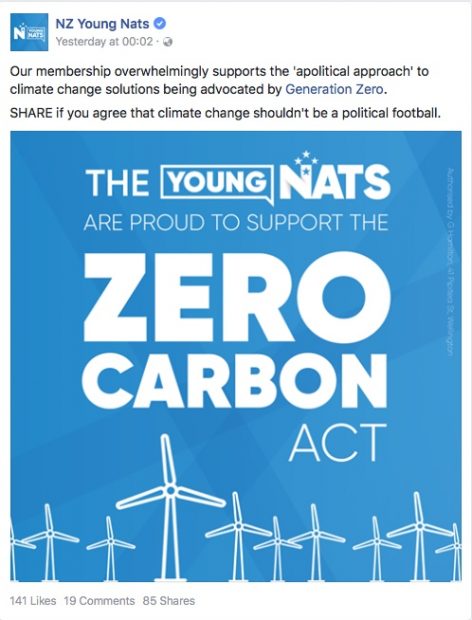 The young Nats are right, climate change is not a political issue. It’s a survival issue – for everyone – and everyone needs to act. They have more brains than their elders – please hurry up and take over the party.