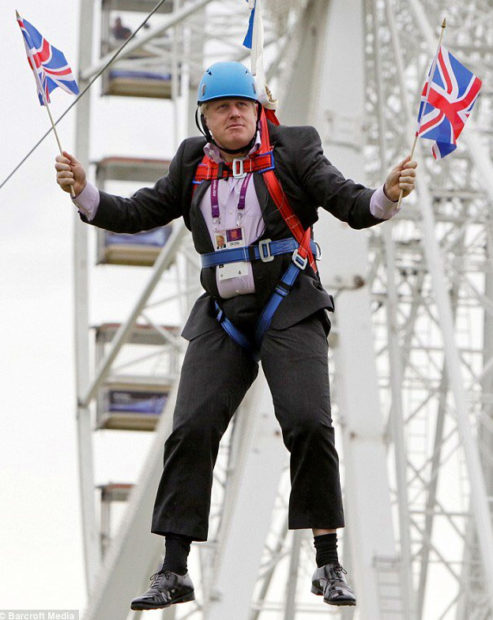 D day is approaching.  The United Kingdom appears to be spectacularly unprepared for the changes required for a post Brexit Europe.  And the prospects of massive congestion at borders appear high with untested software only now being installed.

Even now the effects are showing with 10 mile long truck jams at Calais.  From Lisa O’Carroll at the Guardian:

Brexit stockpiling is causing 10-mile lorry queues and delays of up to five hours in Calais, it has emerged, as hopes of a trade deal fade.

Sources close to the president of the Hauts-de-France region said there had been 50% more heavy goods vehicles on the approach roads to the French port and Eurotunnel in the past three weeks.

“November and December are always busy months, but extreme stockpiling because businesses are trying to get goods into the UK before 1 January is the main cause,” the source said.

“Normally we have about 6,000 trucks, but now it is about 9,000. It shows the extreme of the consequences of Brexit whether there is a deal or not. Trucks are having to slow down all along the A16 back to Dunkirk with delays of up to 17km.”

The borders are not the only problem area.  Fishing rights looms as a major issue and news that the TK Government has commissioned four Royal Navy patrol ships to Patrol the UK’s exclusive economic zone shows how heightened the discussion has become.

From Dan Sabbagh at the Guardian:

Fishing remains one of the biggest sticking points in the tortuous EU-UK trade negotiations. The complex economic argument over quotas, timescales and the length of an industry-specific transition period has put Britain at loggerheads with France.

This week, the EU proposed a one-year extension to the transition period for fishing to allow a deal to be negotiated, highlighting the significance of the crisis.

And there may not, contrary to earlier promises, be enough food imported.  From the BBC:

Food and drink supplies in the UK face more disruption after the end of the Brexit transition period than they did from Covid, the industry has said.

“How on earth can traders prepare in this environment?” he added.

Noting that rules for sending goods from Welsh ports to Northern Ireland had only just been published, he said: “It’s too late, baby.”

Uncertainty over a deal and new border checks would make it difficult to guarantee the movement of food through ports without delays, he said.

Mr Wright was giving evidence to the Commons business committee on Brexit preparedness.

He said there was a big concern that the problems would “erode the confidence of shoppers in the supply chain”, adding: “It has done very well over Covid and shoppers will expect the same thing over Brexit, and they may not see it.”

And what are the prospects of a deal being reached?  Given that there is a clown in charge of one side of the negotiations I suspect the chances are very dim and getting worse.  And it seems that major European leaders do not want to talk to him.

From Daniel Boffey and Heather Simpson at the Guardian:

Boris Johnson has put Britain on course for a no-deal Brexit, claiming it is now “very, very likely”, as it emerged that Emmanuel Macron and Angela Merkel have flatly rejected his appeal for direct talks.

In a pointed toughening up of his language, the prime minister claimed Britain was on a path to leaving the single market and customs union without any trade or security agreement, describing it as a potentially “wonderful” outcome.

Speaking to reporters on a visit to Blyth in Northumberland, a day after telling the cabinet to prepare for a no-deal exit, Johnson said the talks were not progressing.

“I’ve got to tell that from where I stand now, here in Blyth, it is looking very, very likely that we will have to go for a solution that I think would be wonderful for the UK, and we’d be able to do exactly what we want from January,” he said.

“It obviously would be different from what we’d set out to achieve but I have no doubt this country can get ready and, as I say, come out on World Trade [Organization] terms.”

The two sides have said they will make a “firm decision” about the prospects of a deal by the end of Sunday. During a 10-minute briefing at the end of an all-night summit of EU heads of state and government on Friday morning, Von der Leyen refused to put a percentage on the chances of agreement but told leaders there was a “higher probability for no deal than deal”.

Macron’s and Merkel’s refusal to engage in direct talks with Boris Johnson leaves him in the position of what does he do, make major concessions to ensure that trade can continue in a relatively acceptable form even though it will really annoy his hard liners, or go all batchit crazy on it and confirm there is no deal.  There is a strong chance that Johnson will do the latter.

Caryna Hyde has this very funny but rather sad take on the current situation:

Can it really be just three entire years and three entire days since Michael Gove said of a Brexit deal: “The final whistle has blown, and the prime minister has won”? Either way, I see the Brexit talks have moved into the threatening-suicide-if-your-ex-doesn’t-do-what-you-want stage. On Thursday evening, Boris Johnson took to the airwaves to warn that with negotiations due to end on Sunday, there is now a “strong possibility” of a no-deal Brexit.

This mood of constructive and responsible toy-throwing was duly echoed across today’s front pages, with a personal favourite being the Daily Express’s splash headline: ALL WE EVER WANTED WAS OUR FREEDOM. A phrase it’s incredibly hard not to imagine being sobbed by a man in his pants being led away by police officers.

ALL WE EVER WANTED WAS OUR FREEDOM. And to have access to the single market; and to prosper mightily; and to be able eat a bunch of grapes while walking round Tesco then kick off when challenged at the till; and to be able to use the weights room without paying gym membership; and to have some me-time; and to explore an open relationship just for a bit, you know; and to get a Regret Nothing tattoo; and to try surfing and ayahuasca; and to sleep in the spare room with our new girlfriend because flats are expensive and we need one with a garage for the superbike; and to have a child support holiday so we can go to Spain and get our heads together; and to dress in a Spider-Man costume and climb on top of a women’s refuge and just feel understood; and to come within less than 100 metres of you. ALL WE EVER WANTED WAS OUR FREEDOM.

Hang onto your hats Britain.  This is going to get wild.