Can The Terror-Injured Citizens Hold the New Zealand Government To Account? 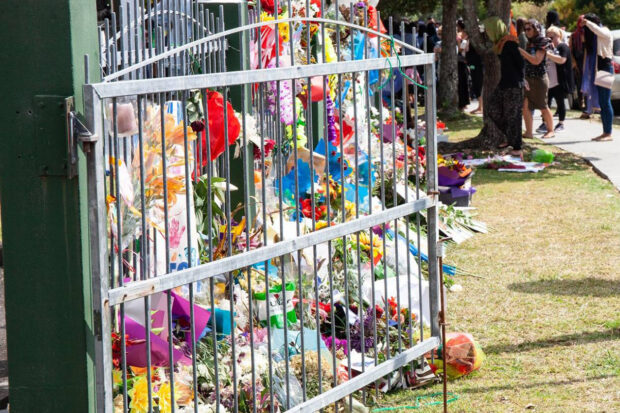 While Prime Minister Ardern is an empathic Prime Minister, good for the country in a crisis, and is genuinely caring, there’s also a time for citizens to say that the state must pay to right wrongs.

On the same day as the terror attack in New Lynn in which multiple New Zealanders were stabbed by a person who was under very, very close watch by the Police, central Auckland shop owners were granted $12 million to be compensated for commercial damage caused by the state’s project City Rail Link causing commercial impact upon the business of shop owners.

One of the most vociferous is Roma Blooms the florist. They have certainly been through a lot since early 2016.

Yes, all comparisons to different kinds of compensation are egregious.

But getting lots of cash for not selling enough flowers is surely a lower harm than getting stabbed by a known terrorist sympathiser. It didn’t require a change to the Public Works Act injurious affection clause. It just required consistent pressure.

Victims of crimes can sue the government under the 1992 ACC Act for mental trauma which is an outcome of physical injury. Also very serious mental trauma is included, because the phrase “mental injury” is defined in Section 3 of that act as “a clinically significant behavioural, psychological or cognitive dysfunction.” But not for trauma from acts of terror.

What I would like to see tested is firstly: mental health claims from an attack in which the plaintiff owed a duty of care to the person who suffered shock – as a result of terrorism. That allegation would depend on a number of features including proximity and relationship. In March this year the Prime Minister said that she couldn’t expand access to cover all those traumatised at the March 15 terror attacks without expanding ACC access more widely.

Empathic though she may be, she prefers to expand state terror powers rather than citizen recovery liabilities.

Secondly a reasonable case could be made by NZPolice that they did all they could, took all the steps they could, and could not reasonably have prevented the attack. Nor did the state cause the attack to occur. But I would like to see that attitude tested in a Court, against the NZPolice.

It’s time the Police were tested in court over their civil liability specifically about prevention of harm when high risk people are being very, very closely monitored. Something with a bit more stick than the Independent Police Conduct Authority. Something that gets the Minister of Police on the witness stand would be useful.

We should not have to be asking some of the same questions about the duty of the state that we did a year several years after the Christchurch attacks.

The state broadly already does quite a bit for victims. Many state services kick in around this sort of event, including Accident Compensation Commission, DHB mental health service, and immediate hospital services, then social welfare. As it should.

I don’t think anyone would say there was flagrant disregard for public safety: the Police were clearly on to him. Exemplary or punitive damages would be a bit out there.

It’s also nigh impossible to win against the Crown because there is no direct liability of the Crown. The Law Commission made some recommendations on that a few years back but strict liability was rejected, and any legislative changes weren’t a priority.

But this government knew there was an issue to be fixed in getting the right powers to prevent terror acts from occurring, because in April the Minister of Justice Chris Fa’afoi introduced the new Counter-Terrorism Legislation Bill.

He commented about the bill:

I don’t want to get into details around a specific case. But if the police were able to monitor preparation for a terrorist attack, then the measures that are contained within this bill would have allowed them to take action and potentially prosecute an individual.”

So the government knew it was on the hook to do more to intervene and prevent such harm.

Even when you’ve done your best, beefed up your resource, cooperated better across the system, when massive damage occurs and you already had them in your sights, you owe New Zealand an apology.

And even then, an apology wouldn’t cut it. The state should pay you. Lots.

Yet another apology isn’t enough.

57 comments on “Can The Terror-Injured Citizens Hold the New Zealand Government To Account? ”