Well Key’s cornerstone policy, the one that many commentators claimed was him showing his mettle, has come to fruition. And it’s such a poison chalice he didn’t even have the guts to show up for the big reveal in person (spoiler: less than half the number of people who signed up to oppose asset sales signed up to buy).

So let’s mark this nadir in political history with a caption contest. And who better to provide the mirth than the classic comedy duo of English and Ryall – flogging our assets together since 1990. 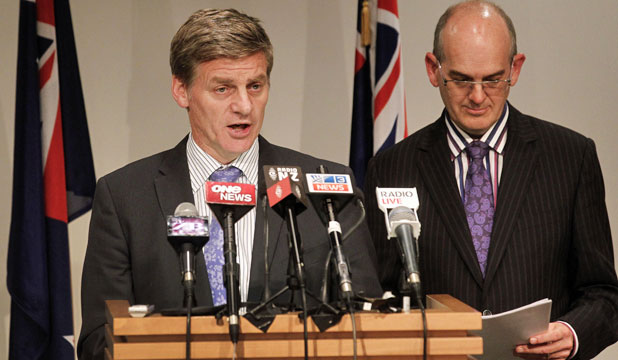