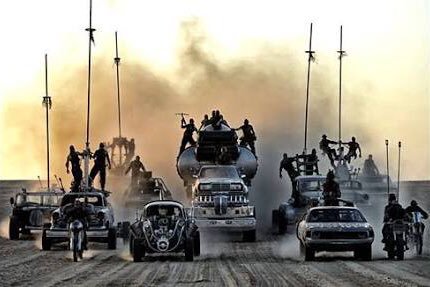 At the end of May the government will announce its policy responses to the Climate Change Commission recommendations. But the very hardest climate challenge we have is in transport, and it’s here that the National Land Transport Plan is pretty much like the wind being resisted by the Climate Commission air conditioning unit. Time to face our reality not our words.

The Big Giant transport Government Policy Statement kicks in on July 1st, and it’s going to get some reality fast.

The most civic-minded New Zealanders have now completed their submissions to Regional Land Transport Plans. Those plans are the great motorway onramps of transport funding prioritisation. You can see how the raw (RLTP) regional beef is turned into NLTP mince here.

Here’s the disconnect: there is a massive realisation growing that while climate change gases in New Zealand are 47% generated by car and truck combustion engines, there’s near-zero sign that we are getting out of our cars any time soon as a percentage of trips taken.

This Massey University report on what we are really doing is a typical example.

And here’s a summary of 25 years of our transport mode choice reality.

The gap between the ideology that climate activists and media activist commentariat spout, and the actual actions people make every day with the EFTPOS cards in their wallets, is getting more stark by the year.

This makes it incredibly difficult to make any useful submission to the democratic processes we are given.

CO2 regulations in all major regions except us, Australia and the U.S. are becoming more rigorous, thereby accelerating the shift from Internal Combustion Engines (ICEs) to electric vehicles (EVs). Europe is leading the way with an emission limit of 95 g/km by 2020 and further reduction of 37.5 percent by 2030, resulting in a limit of 59 g/km. To meet the CO2 target in Europe and avoid penalties, vehicle manufacturers will have to sell 2.2 million EVs (assuming 50 percent PHEVs and 50 percent BEVs) in 2021. In 2018 EV sales in Europe amounted to 0.2 million. In comparison, China’s regulation targets are set at 117 g/km and 93 g/km, and North America’s current targets are set at over 50 mpg following passenger-vehicle Corporate Average Fuel Economy (CAFE) standards (equivalent to 99 g/km) for 2025. Possibly the closest we will get to that is in Auckland where our bus fleet is going to change out of diesel faster than anticipated. Two years ago in Wellington they did precisely the reverse and stripped the electric fleet out.

A cumulative investment of approximately US$50 billion will be needed in charging infrastructure by 2030, not including necessary grid upgrades. (The number of public and private charging stations needed by 2030 would be 15 million in Europe, 14 million in China, and 13 million in North America). Public grid upgrade will be a key enabler for driving EV adoption rates in China and Europe, while about 50 to 70 percent of the charging in North America will likely take place at home. This is confirmed by the fact that range and the ability to charge a vehicle remain the strongest concerns in Europe and the US, and the second strongest in China. We’re struggling to deal with any honesty about Tiwai Point let alone any grid upgrade that anticipates an electrification transformation, or indeed upgrading our home garage to the right charging points.

The currently strong investment momentum in China and Europe (supported by public subsidies) and awareness are cause for optimism that insufficient EV infrastructure may only be a bottleneck for a few markets like us and Australia. In addition to the charging station buildout, grid operators will have to respond to locally increasing peak loads (e.g., in residential areas with many early adopters) by upgrading transformers or incentivizing consumers to shift charging load (smart charging). New Zealand has a handful popping up, but none of the major fuel chains have them other than one or two per city.

Innovation in battery technology and production have made EVs competitive with conventional combustion engine vehicles. Batteries constitute a major cost item in EVs, and their cost has decreased significantly thanks to technology advancement, production process optimization, and economies of scale. Since 2010, the cost in USD/kWh has dropped by approximately 85 percent, thereby opening the market for EVs further. If I’m lucky I’m going to be able to afford a second-hand Toyota with a solid state battery that can soon get me to Wellington on a single charge, when I’m 60.

With regulatory forces, technology improvements, and infrastructure rollout all in favor of EVs, the question remains, how likely are consumers to adopt? Pretty well but from a very low base is the answer if you are in Germany, Scandinavia, Norway, and China. Not here. We’ve seen some of the big taxi fleets change to hybrids, but the rental car fleets are not yet moving despite chucking out most of their stock last year. Outside of China, the EU, and the US, combustion engine traffic will dominate for many many years to come and that includes us.

For the above commentary, the IEA has the relevant citations on uptake here.

We know, with ashen left-melancholy, what an alternative society’s transport would look like, because during last year’s lockdown some good people did the data in the Big Backyard Bike Count.

It found that over 250 locations across Auckland, neighbourhood travel mode share was on average 19% people biking and scooting, 42% people on feet, and 39% using private vehicles. It was vivid proof that New Zealanders will happily slam their car doors and walk away, the minute they can.

Yet here we are in 2021 and the crisis is rather that so little has changed. One of our deepest national lows has not been turned into a catalyst for an improved society. It has taken Auckland Transport 10 years to generate a cycleway of 2 kilometres from New Lynn to Avondale, and the whole region is sprawling like wildfire. Wellington transport has yet to reach its Greater aspirations, Tauranga transport planning is one of the least coherent in the country, and Christchurch has been rebuilt with little attention to challenging the dominance of the car. The comparison between the heroic riders of the Hamilton-Papakura train (which started as a trial last week) and the beautiful, sculptural, glistening new 110km/h motorway network from Auckland’s CBD to Cambridge in 1.5 hours off peak could not be more stark.

But if you do still have the will to engage and try your best, GreaterAuckland gave some useful pointers on how to submit effectively and against climate change.

I believe it’s time to do away with New Zealand rhetoric in our transport planning documents about climate transformation, and be more straightforward and clear about how little has changed, how hard change really is, how deep the New Zealand reliance is on the internal combustion engine, and how long it will be to alter this course.

Without a truthful 2021 reconciliation of our transport direction to our climate change aspirations, our real-time behaviour shows we are actually meekly waiting for the global transport mode tide to gently rise around us rather than acting ourselves. We need to stop lying to ourselves, and government should stop it as well.