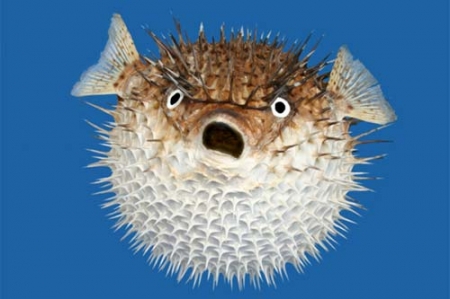 Greenpeace has cast further light on the murky arrangement whereby the fishing industry makes decisions itself on such things as the issuing of licences, the managing and the investigation of claims of overfishing.

From Kirsty Johnston at the Herald:

A company contracted to monitor overfishing, manage quotas and decide on licences for the fishing industry is wholly owned by – and working out of the same office as – the industry’s biggest lobby group.

The extent of government powers held by the company, named FishServe, and its links to the industry group, Seafood New Zealand, were uncovered by investigators at Greenpeace.

For the past 20 years the Ministry for Primary Industries (MPI) has been outsourcing a swathe of monitoring duties to FishServe, the investigation found, including checking quota compliance and receiving catch reports.

“What this means in practice is that, in order to prosecute fishing companies for legal breaches, the government regulator, MPI, has to rely on data collected and provided by a company owned by the fishing companies themselves, FishServe,” said Greenpeace New Zealand executive director Russel Norman.

The company, Commercial Fisheries Services Limited, has some striking links with Industry lobby entity Seafood New Zealand Limited.  Both companies share the same office and the same receptionist as well as the same managing director Tim Pankhurst.  And Fishserve is wholly owned by Seafood.

Of course there is no conflict of interest.  None whatsoever.

At least a spokesperson for Fishserve thinks there is no problem.  She was quoted as saying this:

She said although FishServe was a wholly owned subsidiary of Seafood New Zealand, it was also an approved service delivery organisation in its own right, established under government statute.

“This has been the case since 2001. It has its own dedicated chief executive and staff, who do not report directly to SNZ. It is funded through collection of fees from the industry.”

And this was backed up by responsible Minister Nathan Guy.

Primary Industries Minister Nathan Guy said there was no conflict of interest, because FishServe was “an administrative tool”, and had no regulatory function.

“It is like a mailbox for collecting data,” he said. “It has been publicly operating for over 20 years with no issue, and with a range of checks and balances on the data collected.”

Guy’s claim that it has no regulatory function needs some investigation.  Under this regulation in 2013 it was given a number of functions, duties and powers previously held by the Chief Executive.  There is a huge list of them relating to the management of fishing quota.  For instance they include the power to decide that an owner of an interest in fishing quote without the necessary consent should forfeit that quota.  There is also the power to require someone who has aggregated too much quota to forfeit that quota.  These powers are surely greater than the simple collection of data.

If the powers are so mundane then why not retain the public register?

And the system appears to be broken.  A high level inquiry led by Mike Heron QC decided last year that there were instances where MPI’s decision making process regarding to prosecutions was confused, not well documented and not well communicated.  Having a private entity controlled by the fishing industry responsible for a large chunk of MPI’s statutory duties including the collection of evidence will only make things worse.

Greenpeace’s Russell Norman sums the situation up well.  Again from the Herald:

Greenpeace New Zealand executive director Russel Norman said he believed the situation was an example of “regulatory capture”, borne from a “web of complex relationships” between MPI and industry.

“What it means in practice is that, in order to prosecute fishing companies for legal breaches, the government regulator, MPI, has to rely on data collected and provided by a company owned by the fishing companies themselves, FishServe,” he said.

“This is something that at the very least warrants further investigation and we’ll be looking to refer this to the Auditor General for review.”