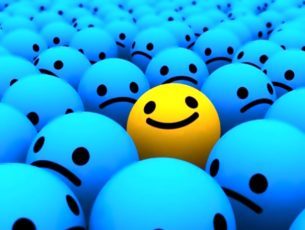 Have you ever experienced that you put forward a good idea, plan, or strategy in and to your team and a higher-up (e.g. the boss) or one of your colleagues takes or gets the credit for it and you get not even an acknowledgement? It sucks, doesn’t it?

John Key used to grate me for a number of reasons but one the main ones used to be that he commented on just about everything his Government did (or did not). No doubt, this was a deliberate PR strategy and reporters didn’t seem to mind so they played along. It did nothing for the National team and leadership succession after John left the House.

It happens a lot, and not just in politics, thanks (!) to the prevailing attitude of looking after Number One where career-minded people push themselves forward and ahead of others with only promotion and pay-rise in mind. And, of course, the bonus boost to their Ego; there is no “I” in “team”.

In politics, it has to be clear what you stand for and what your policies are. However, it is not smart politics to give away too much detail and information (assuming it exists) and give the opposition a rod with which to hit you. In a climate of partisan politics constructive criticism has no major role to play either as it might give away too much of the good stuff; better to keep your powder dry for when you are in power.

Anything that might be or become useful is heavily guarded – knowledge is power, after all. Under the no-surprises policy, much information is hidden and obfuscated and you’ll have more luck pulling a wisdom tooth with a pair of tweezers than getting any useful information out of local or central government. Transparency and accountability have lost much of their meaning and as a result, public trust is eroding rapidly.

Interviewers working for MSM love tripping up politicians and they create all sorts of traps to score a gotcha moment. Members of the Opposition try do the same, because that’s their job after all, isn’t it? It all feels like rugby tackles to slow down progress and prevent the other side from scoring. No wonder it so popular here.

On this site many feel the need to go hard and call out fake news, false or misleading claims, and other ‘indiscretions’ by and from other commenters; they must be held accountable. However, they tend to forget adding something constructive in their comments. This almost militant mentality creates an atmosphere that is not conducive to robust debate. Even in rugby, the point is to put some scores on the board, not just tackling.

This is not limited to Lefties vs. Righties. Lefties are infamous for their infighting inconveniently forgetting that they are on the same side, supposedly. The Right might be splintering on Climate Change but the Left is splintering on being the Left. There seems to be fault line between people on the Left who advocate kindness, positivity, and collaboration and those who prefer to stick with the combative way of partisan politics (AKA BAU). It is not progressive politics if you let a bunch of neo-cons (for want of a better word in the NZ context) control the narrative and dictate the game and rules of engagement. Personally, I think it is profoundly foolish and counter-productive in the long run.

Nobody should expect perfection and a positive approach is telling people what you stand for, with some detail, rather than what not and have go after go at the presumed enemy even when they are on the same team.

34 comments on “Constructive Criticism and Team Work In Politics ”