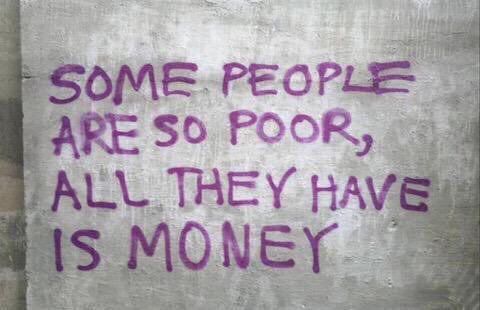 President Trump had been promising that a vaccine against the virus would occur before the election, multiple times.

On the strength of that one announcement alone, global sharemarkets have gone upwardly nuts overnight, and look set to continue.

But if this looks like a new dawn to those putting out the media releases today, let’s not forget that this is the accelerating point of the K-shaped recovery we have been dreading.

Our already rich are on the line heading upwards. They are getting richer because of a range of our Government policies.

On the way down are renters, beneficiaries and the working poor who are all getting poorer because their rents are rising, their incomes are falling, and they have received barely any more help than they got before the pandemic.

So there’s two upward parts to this fast sorting mechanism.

The first is property. If you have good equity and own property, you will be seeking to buy more now while interest rates are so low. Interest rates are, after this news of a potential vaccine, unlikely to go lower.

The second is Kiwisaver. If you have over $150,000 in Kiwisaver now, as the sharemarket goes through a boom for the next couple of years of economic recovery, you may well find yourself doing pretty well.

With those two elements in place, you may be simply feeling secure enough to ride out a job loss. Maybe help out relatives who are not in such a position. Maybe just cut back on expenses and retire early.

Then there’s most of New Zealand on the downward parts to the K.

Rents are going up. No one is getting salary increases. Job insecurity is increasing.

It’s softened from being a straight vertical fall by the $25 per week increase for those on the main benefit, and by the planned legislated increase to the minimum wage next year. So beneficiaries get about $500m more across all of them, and those on Working For Families get an extra $32m. The government supported businesses by spending $13 billion on wage subsidy payments.

Our Government gave business 26 times more direct support than it gave to beneficiaries during the crisis.

This assistance in recovery for business rather than directly to workers is set to continue.

The first Cabinet decision of the new Labour Government was as of yesterday a three year extension of the Small Business Loan scheme interest free for two years.

Nearly 100,000 businesses have received a loan to date, totalling $1.6 billion. During the crisis, each business owner got on average around $17,000.

So we can see the direction that this government is taking pretty clearly, and it is towards supporting business rather than workers, in the expectation that this will flow through to the economy generally.

So how’s the results?

From the September quarter, when the main policy actions were at their strongest, there were 37,000 more unemployed people – an increase of 32.5% since the June 2020 quarter. This is the highest quarterly rise in unemployment since these records began in 1986. The under utilisation rate grew to 13.2%.

With this amount of support for business, there will be few complaints from the business community spokespeople.

And now for the banks, who provide the most vocal commentators on our economy. In the last six months during the crisis, banks saw their capital requirements relaxed, their lending restrictions relaxed, and they were offered guarantees funded by the Government to encourage lending to businesses. We won’t expect them to complain then either.

Bank economists from ANZ show that it is the rentier classes who are doing great, and the actual workers – particularly women – doing really badly.

The housing market and anything to do with property such as building consents are doing great. And to be frank if you have a good job that is flexible and you can work from home, most businesses are giving more flexibility and it’s a breath of fresh air.

But those businesses outside of the rentier class and who earn us export dollars – like the devastated tourism, international education, and horticulture sectors – are facing significant economic and commercial headwinds. Young women who dominate employment in the retail and food services sector have seen 29,000 fewer people employed since March this year. And it’s going to get worse for them.

On top of that, the Reserve Bank pledged to print up to $100 billion to buy back Government bonds over the next two years in an attempt to keep those interest rates low. Business and property owners are destined to get cheap money for as far into the future as the eye can see.

In terms of shifting our economy to something more productive, more sustainable, and more likely to generate higher salaries and better prospects, Government’s main policy moves are taking us in exactly the opposite direction of where we need to go.

For those on the upward side of the K tick, those with property and shares in Kiwisaver, you are going to make bank on increasing rents, increasing property prices, and tax-free capital gains. Lest we need reminding from Max Rashbrooke, we are an exceedingly unequal society, with the wealthiest tenth owning about 20% of our net worth, and the poorest half of the country having less than 5%.

For those on the downward side, the consequences of the Government’s 2020 policies are that there’s little here National wouldn’t have done to them.

This Government is supporting the rich to get richer, not the poor. And it’s accelerating.