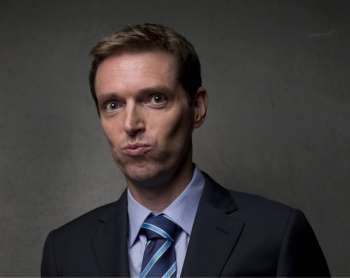 Another day and another fascinating decision concerning defamation.  In this case Justice Katz has ruled that the jury in the Jordan Williams v Colin Craig case were far too generous and has effectively rescinded their proposed award of damages to Carter.

He has been rather scathing of Mr Craig, ruling that there was sufficient evidence to support a finding that Mr Craig had been motivated by ill will.  As in the Hagaman v Little case this was relevant because qualified privilege would otherwise have protected Mr Craig from liability.

But the essence of his decision is that the award of the full amount claimed by the jury was excessive.  The relevant parts of the decision is included in these paragraphs.

[56] There was also undisputed evidence at trial that provided at least some support for a number of the other defamatory imputations pleaded, such as imputations that Mr Williams had been dishonest, deceitful, and could not be trusted. Examples of undisputed evidence at trial that supported such imputations included Mr Williams’ admitted breach of his undertaking to Ms MacGregor to keep her information and documents as confidential as if he were her lawyer, his disclosing of her confidential documents to Messrs Day and Dobbs within hours of Ms MacGregor requesting their return, his lying to Ms MacGregor about going to Hamilton to meet with Messrs Day and Dobbs, his claims that he had seen copies of “sexts” from Mr Craig to Ms MacGregor when he had not, his creation of the nom de plume “Concerned Conservative” to provide confidential information and a draft blog post to Cameron Slater for publication on the Whale Oil website, and his subsequent denials to Ms MacGregor when he was confronted regarding this.

[57] In my view, the necessary inference from the fact that the jury awarded the maximum sum of damages available to them is that they ignored my direction not to take into account any meanings that Mr Craig proved were true. If the jury had correctly followed that direction, an award of the maximum amount of damages sought could not have been justified.

The parties have been asked to file memoranda indicating if they can consent to the Court substituting its own award of damages.  If they do not agree then a retrial will be necessary.

No doubt Jordan Williams will be upset with the decision.  His bank balance must be hurting.  Normally defamation trials are only for those with large resources.

In an earlier post written at the time the trial was being heard I said this:

… the really sad thing is that the woman in the middle is having to relive something she clearly does not want to.

She is the innocent person here.  One party to the litigation is alleged to have sexually harrassed her.  Maybe he did, maybe he did not.  Maybe in a human way they became close.  Either way it appears that Colin Craig stepped over the line, especially for the leader of a party that promotes conservative moral values.

The other party also appears to have stepped over the line.  Feeding information gained from a friend to a site specializing in sewer politics is not the sort of thing that friends do.

To both of them can I suggest that they immediately discontinue their proceedings.  And pay the anticipated further legal fees to a suitable charity.  I suggest Salvation Army.  The lawyers will understand.  At least I hope so.

The world will be a better place if they do so.  If they feel the need to deal with their testosterone levels then they should find a private boxing ring.

This still seems to me to be the best way to resolve their differences.