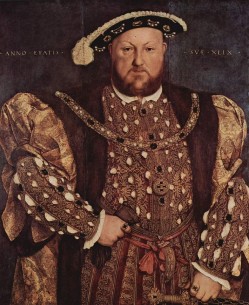 Trusts are weird beasts. They seem to have originated during the crusades: a death-and-mayhem-seeking-pilgrim would head off to the Holy Land, but in order to protect himself and his wife and his children and his property, he would hand over the “use” of his property to a reliable friend or neighbour. That friend would hold the property, in effect own it, for the benefit of the wife and children and so on. These “uses” turned out to be very effective vehicles for all sorts of chicanery, so eventually, Henry VIII tried to ban them. But they crept back, as trusts.

So what’s the beef with foreign trusts?

This means there is a mismatch between New Zealand’s rules for taxing trusts, and other countries’ rules for taxing trusts, and that mismatch creates a loophole that can be exploited. There’s quite a lucrative industry here in New Zealand, providing trustee services to foreign trusts, that was estimated in 2009 to earn about $20million in fees every year.

Overseas tax regimes can get at the property held by the New Zealand trustee, but only if they actually know about it. It’s very hard to tax something that you don’t actually know exists.

Unfortunately, the New Zealand tax administration doesn’t collect much information about foreign trusts with New Zealand resident trustees. If you look at the IRD’s Foreign Trust Disclosure Form, you will see that all a trustee has to disclose is the name of the trust, the name of the trustee, and whether or not the settlor (the person who gives property to the trust) is resident in Australia.

This all makes it very easy indeed for foreigners to channel money through trusts with a New Zealand trustee. It pushes us dangerously close to being a tax haven, and in fact, there are plenty of tax consultants and trustee firms advertising their services to enable people to take advantage of the laws. This very much suggests that we are in fact, operating as a tax haven.

The solution is quite straightforward. Up the disclosure requirements. Trustees should have to disclose the name of the trust, the names of the settlors, the value of the property held on trust, a description of the property held on trust, and the names of the beneficiaries. And this information should be made available to other tax regimes. If the authorities in the United Kingdom want to know which of their tax residents are settlors or beneficiaries of New Zealand foreign trusts, then our Inland Revenue Department should be enabled to pass on the information.

There’s just one slight caveat. There can be good reason for some people to want to hold money in a trust where it can’t be found. Perhaps people fighting for democracy in an oppressive regime might want to take steps to protect their property, so that if all else fails, they can flee. But surely we can design some measures to provide for this contingency. And in the meantime, we should be committed to letting some sunlight in.

Of course, the people setting up and selling foreign trustee services will miss out on their fees, and perhaps they will be lobbying hard to keep this handy loophole. But I’m not feeling all that sympathetic. They’re exploiting the loophole just as much as the foreign settlors and beneficiaries are, and they’re dragging down New Zealand’s good reputation in international tax.

Further reading:
Terry Baucher on “The curious world of foreign tax trusts…
Richard Murphy on how we can tell that NZ is a tax haven

Reprinted with permission from deborahfrussell.net.

66 comments on “Deborah Russell: What’s going on with foreign trusts? ”