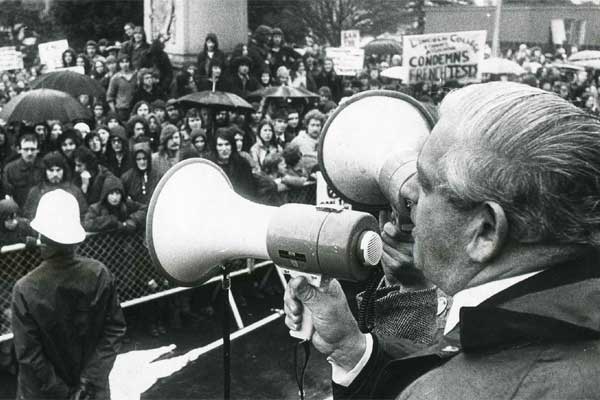 Democracy doesn’t belong to government or Prime Ministers, it belongs to the people. We have a House of Representatives and if it’s going to represent the people it needs to know what they’re thinking and the best place to find that out is from the people themselves. You can’t determine that from public opinion polls or from political science theories or anything like that. You’ve got to go back and talk to the people and be available to them. And I think that the healthiest and strongest feature of New Zealand political life is the relative availability of people in politics to the people in the electorate.