Do the young really lack concentration?

Now that I can no longer call myself young2, the old adage that younger people simply lack concentration does appear to me to be correct. So I’m going to stop slagging off the old, and start slagging off the young.  It is more fun…

But since I am a person who likes and depends on numbers from my training and profession1, I look to numbers to see if there is a correlation and if I can argue a causation based on age.

In the case of this site, there are a lot of people, and google analytics gives a lot of interesting demographic data that is moderately trustworthy3. I’ve picked the election month of September last year and February this year as points to do a basic test of my curmudgeon theory. That is mostly because everyone piles in in election month, but only hardened political junkies are still there in Feburary.

So in the (punctuated by election day and public holidays) 31 days of September and 27 of February we had the following. Feb doesn’t have all its numbers in for the 28th as you can see in the blue graph line. 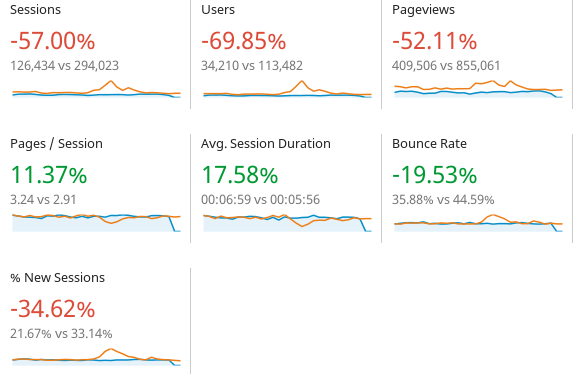 Note that we are about half the size in page views and sessions in February. We have had a massive growth since Feb 20144, but election month is always hectic. Also note that the “Sessions” are meant to be calculated the same way as “visits” for statcounter/sitemeter that are reported in Open Parachute, but analytics is about 2/3rds the volume as statscounter (and sitemeter is different again)5. Look at the page views, they are more reliable.

Ok, so as you’d expect we have a more people (Users) on site in election month, but on average they read fewer pages, stay on site for shorter periods, ‘bounce’ more (ie scan a page and immediately leave), and we have more new people (% New Sessions). These are all effects that you’d expect

Now look at the age demographic details. This table is for the number merchants like swordfish. The more accessible charts are further down. Note that the number for sessions are lower than the counted numbers above. This is because they are the sessions for people that google has age data on.

And watch out for the odd positioning of the age bands. That is a ‘feature’ (ie bug) of analytics. Breaking it down. The NZ age column is pretty vertical these days. I can’t find a pyramid for the 2013 census, but it looks like this estimate from stats.. 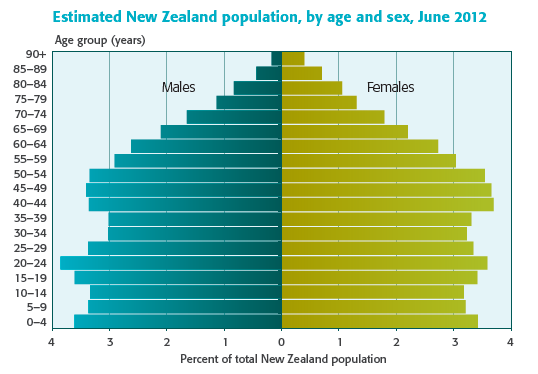 If we look at the spread of ages vs sessions then you can see the age skew is towards the older age groups. We pick up more of the busy parents (25-34) during election time, but otherwise our audience composition remains pretty static 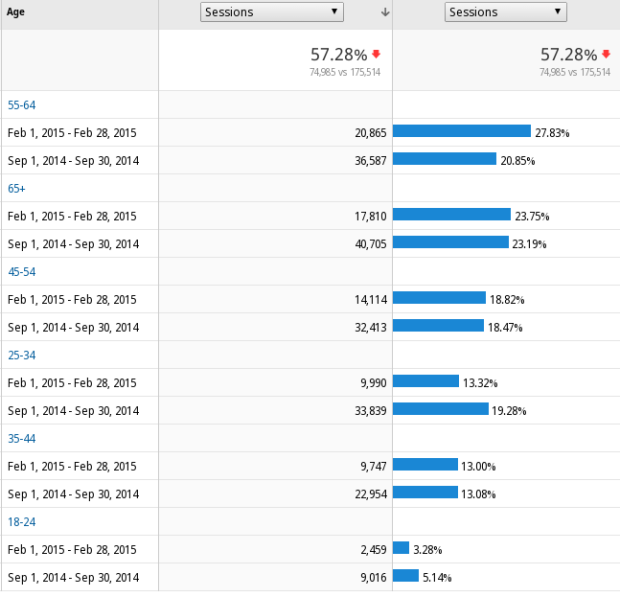 This appears to always surprise journos who seem to think that sites like this are populated by angry middle aged men (ie kiwiblog), but really shouldn’t. For a start, analytics tells us that we  have about a third of the readers on this site are woman. That is a really high number for a NZ political blog sites outside of the feminist blogs. My guess is that on kiwiblog it’d be single digits.

But the focus of most news media appears to be orientated less to providing information and more to providing gossip these days (look at the NZ Herald). At least on a site like TS politically knowledgeable people can discuss what they know about what is going on without listening the dumbarse marketing blather fed to credulous ill-educated journos who don’t do activist level politics.  Mostly they talk crap as they try to explain something they have never done to an audience who have only a cursory interest.

But back to the question of age related concentration. Lets look at session duration. 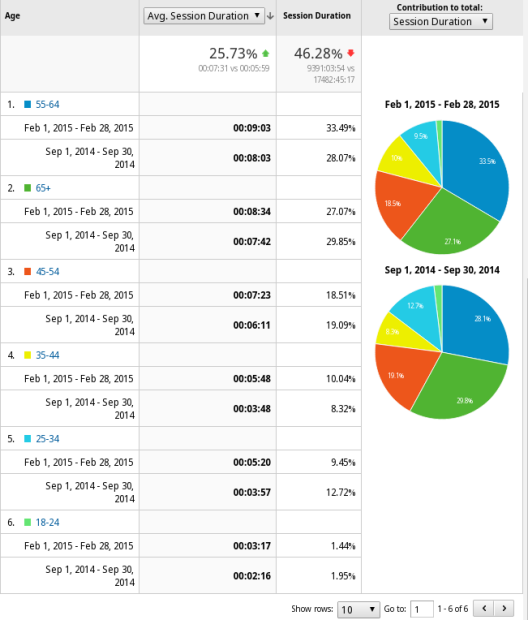 Ouuuuuch. 9 minutes per sessions for the boomers in Feb vs 5 minutes for the 25-34 age group. Cripes I know they are busy with the horribles. But that is a freaky drop off. I’m sure that they are spending time (as rocky put it) standing in a queue, child in hand, having a brief read on their cellphones. However there is a distinct age related graduation in that sequence.

And page views per session 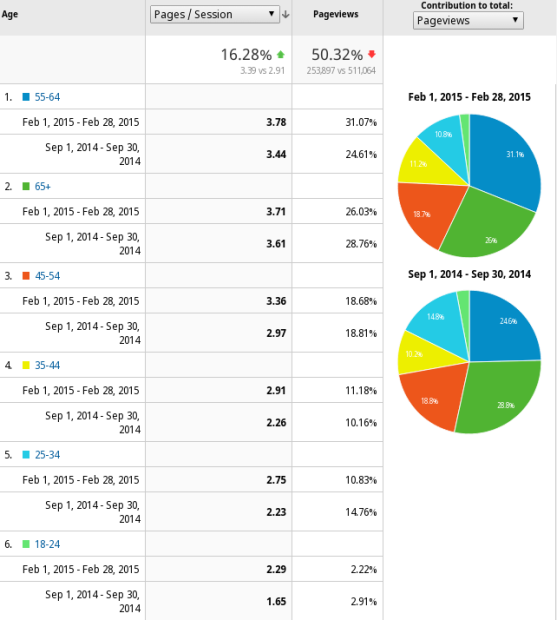 Same thing there. No depth in the younger age groups 🙂

Ok, argue amongst yourselves. But I’ll run a little test. When you are making a point about alternate explanations, explain why. First few people who just slag off others or call it a age related smear or just concentrate on the couple of smears I deliberately put in the post will be presumed to haven’t bothered reading the post down to this warning.

They will win a prize of a week long ban for the stupidity of commenting without reading the whole of the post..

85 comments on “Do the young really lack concentration? ”