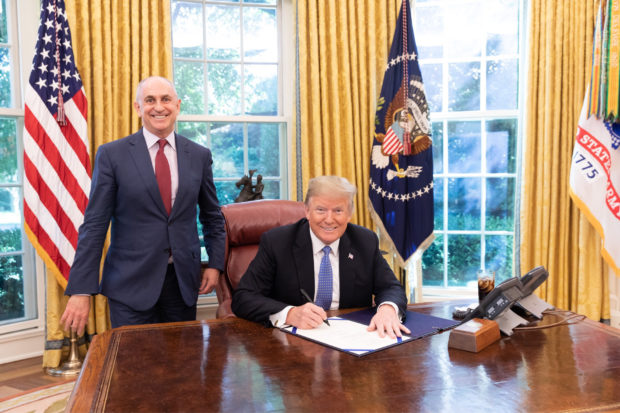 It is customary for outgoing Presidents to leave for the incoming President a short letter of introduction. George HW Bush’s letter to Bill Clinton is one especially famous example, especially for its grace and tone.

The Standard has managed to obtain a early draft copy of Donald Trump’s letter to Joe Biden drafted while he was playing golf. Here it is:

When I walked into this office just now I felt the same sense of wonder and respect that I felt four years ago because I knew all of America loved me. I know you won’t feel that too because you are a loser.

I never felt the loneliness some Presidents have described. I was the best and most greatest President there ever was.

There will be very tough times, made even more difficult by criticism you may not think is fair especially from scientists and experts in their field. But what do they know.  Those losers and haters should have accepted that  my I.Q. is one of the highest – and you all know it!

If my Supreme Court justices do not come through you will be our President when you read this note. I wish you had lost.

See you in Court –
Donald

PS you are a cheater.

PPS could you spare a Presidential pardon for me and the family?”