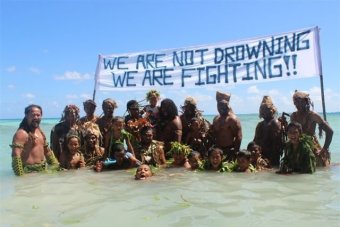 In a case that may have local implications a Dutch Court has ordered the Netherlands Government to reduce greenhouse gas emissions from their 1990 levels by 25% within 5 years.

To cheers and hoots from climate campaigners in court, three judges ruled that government plans to cut emissions by just 14-17% compared to 1990 levels by 2020 were unlawful, given the scale of the threat posed by climate change.

Jubilant campaigners said that governments preparing for the Paris climate summit later this year would now need to look over their shoulders for civil rights era-style legal challenges where emissions-cutting pledges are inadequate.

“Before this judgement, the only legal obligations on states were those they agreed among themselves in international treaties,” said Dennis van Berkel, legal counsel for Urgenda, the group that brought the suit.

“This is the first a time a court has determined that states have an independent legal obligation towards their citizens. That must inform the reduction commitments in Paris because if it doesn’t, they can expect pressure from courts in their own jurisdictions.”

In a passage which trashes our government’s stance that New Zealand is too small to matter the Court said this:

The state should not hide behind the argument that the solution to the global climate problem does not depend solely on Dutch efforts … [a]ny reduction of emissions contributes to the prevention of dangerous climate change and as a developed country the Netherlands should take the lead in this.”

The Dutch Government’s original plan, to reduce 1990 emissions by 14 – 17% appears herculean compared to our Government’s performance where current emissions are 21% above 1990 levels and there is no sign of yearly increases stopping.

Could such a case be conducted here?  Possibly the most likely area to attack is the Government’s consultation on New Zealand’s climate change target for the United Nations Framework Convention on Climate Change at the end of this year.  The consultation process has been fundamentally flawed, with a discussion document heavy on rhetoric on how expensive it would be to do something without actually providing any proper analysis.  Government’s handling of the feedback together with the process itself may open up novel means of attack by way of judicial review of the decisions although time is short.

Of course the Government’s rationale is bogus.  The cost of doing something is rather small whereas the cost of doing nothing is the devastation of our environment.  And if you want an indication of the effect on GDP Russell Norman’s tweet provides a simple yet effective summary.

Update:  Greenpeace protesters have erected a banner on Parliament which sums up the Government’s approach very well. 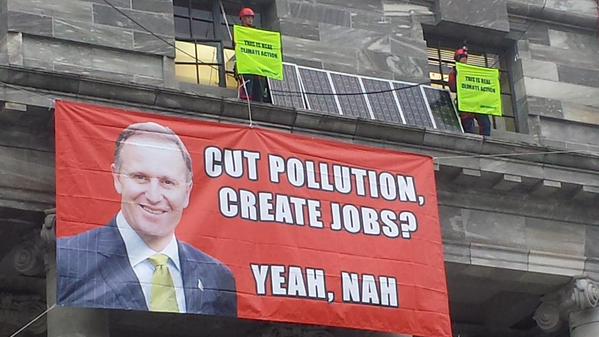