EEC votes ‘No’ on should-a.com 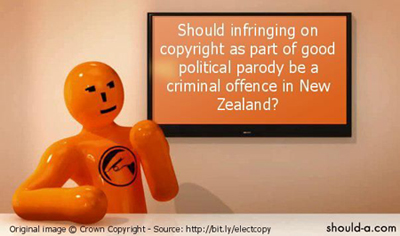 should-a.com, the site that lets you write your own parody of the upcoming referendum question, has been issued with a takedown notice by the Electoral Enrolment Centre.

It’s a shame that the EEC hasn’t had a sense of humour about this but, more importantly, it reveals once again the weakness of our free speech protections in New Zealand.