The crime of ecocide will be tested, as if it is already law, by barristers before a judge and jury.

The mock trial this Friday on 30 September will last just one day and will stream live onto the internet worldwide from the UK Supreme Court. Legal argument will put as to whether Ecocide and the Earth Right to Life should be applied against Mr X.

Michael Mansfield QC (prosecuting barrister) and Nigel Lickley QC (defence barrister) will lead the case for and against Mr X. Mr X has been charged with a number of ecocides – which one will be tried will be determined on the day – and could be:

The trial will examine how the crime of Ecocide protects the Earth Right to Life.

The trial is not pre-scripted. It is ultimately for the jury to determine whether the crime of Ecocide is made out and whether the Earth Right to Life is breached. To watch the trial and for more information, go to:
http://www.thehamiltongroup.org.uk/common/ecocide.asp 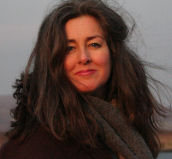 *** Polly Higgins:
Polly is the barrister and international environmental lawyer who proposed Ecocide as the law to protect the Earth Right to Life to the United Nations. Her book, Eradicating Ecocide, Laws and Governance to Prevent the Destruction of our Planet, sets out the law of Ecocide. She is campaigning for the Law of Ecocide to be made the 5th Crime Against Peace: www.eradicatingecocide.com, www.pollyhiggins.com

Recently in NZ at the University of Otago and in Wellington, Nelson and Auckland, to talk about her UN proposal, Polly was also interviewed on RadioNZ.  http://podcast.radionz.co.nz/ntn/ntn-20110905-0925-polly_higgins_-_eradicating_ecocide-048.mp3

And on to Australia, Polly gave many presentations and was interviewed by media about ecocide and her UN proposal:

Coverage and comments previously made about ecocide and Polly Higgins on The Standard include:
* /ecocide/
* /open-mike-04092011/

Remember: You heard it first here on The Standard !