Fairs fair : how to complain, how not to and why not 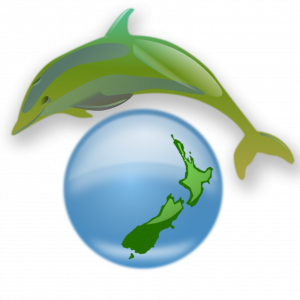 One of the loudmouth irrelevancies of the Labour past has been harassing Greg Presland recently on social media alleging issues with something that seems remarkably undefined written on this site. I know Phil Quin moderately well after observing his behaviour during the 90s when I was heavily involved in the Mt Albert electorate while he was working for Phil Goff.  Ambiguity and smearing do seem to me to be his modus operandi. But you can read his current story, and it does appear to me to be a work of fiction, here.

But it does point to a issue with what happens when people complain without following due process.

In a completely separate issue (at least I presume that it is despite the similarities of dirty politics methods), I am currently working through the process of bankrupting another ‘complainant’ who also failed to follow due process.

Rather than using a more usual procedure of complaint, Dermot Nottingham chose instead to pursue a private prosecution against me personally. Which he lost along with all of the appeals to date incurring at the current count, more than $47k in court ordered costs to me. This does seem to be his modus operandi. He currently appears to have at least another $130k in court ordered costs from other failed private prosecutions. Try the judicial decisions search page with the search of Nottingham and you will see what I mean with  consistent pattern of losses in court and appeals against costs.

Neither of these two fools used the procedure explained in our contact page, or the carefully explained more recent procedure in the HDCA page.

Over the last decade the first procedure has been used successfully by many people of all persuasions, political or otherwise, over the years to get rapid action on anything published on this site. One of us reads the complaint, usually me, elicits information to find out where the section is, why it is an issue and then takes the appropriate action.

Nine times out of ten it results in the material being wiped and the offending commenter or author being given sharp rap over the knuckles (and our moderating procedures reviewed again). The other times; it is carefully explained exactly why we thought that was fair comment or expressed opinion and usually with an explanation of the legal options.

That is because we are fair – almost obsessively so. We stomp on false facts where we see them, limit the expression of opinion if it isn’t backed by source or if it is not expressed as being opinion, and generally try to allow a robust debate about politics and society. That also means we don’t pander to bullies trying to bypass process. They usually run into me and I’m not tolerant of people trying to game things.

Neither Phil Quin nor Dermot Nottingham even bothered to try the clear route for complaint. Both appear to me to be, at least in part, seem to have deliberately tried to bypass those. The suspicion in both cases has to be that there are politically motivated reasons aimed at silencing fair commentary and opinion.

Dermot Nottingham has been closely associated with Cameron Slater of dirty politics fame for years. His legal advocacy seems to have been a major reason why Cameron has been steadily miring into a legal morass.

Phil Quin has been regular opinion writer on the subject of the Labour Party from for decades – from what can only be described by many Labour party activists as being from the Act wing.

Both appeared to be capable of selectively reading the site. But also appeared to lack the capability to find the Contact page. So in my view you have to look towards other motivations than their stated ones for their actual actions.

Certainly Phil Quin’s actions with his post lend themselves to that interpretation. He has appeared to have deliberately targeted a specific person with what looks to me at present like a completely unsubstantiated allegation against them.

Update: it is likely the posts he wants to complain about is this one by me, this one by weka, and this one by mickysavage on his disgraceful commentary about Golriz Ghahraman.

By the sounds of his continually evolving story, it isn’t even the person who wrote whatever he is objecting to. If there is any substance to whatever allegations he has been spewing around without providing detail, then I’d take a bet that they are in comments.

Then he has outright lied in a public post about the response from The Standard.

Greg Presland contacted me with a link to Phil Quin’s allegations in Facebook. I contacted Phil Quin via the same medium, told him who I was, gave him the contact page link and my email address and asked him to send me the link and details to whatever it was that he was talking about.

Yet somehow Phil appears to have ‘forgotten’ this exchange in his post. He seem to have forgotten blustering his way around (in the classic Quin pattern) about not wanting to know the ‘inner workings’ of The Standard in the facebook exchange.

Instead he seems to be proud of his continued attempts at bullying via social media and mainly upset that his chosen target has removed his ability to do so. If he wanted to prove that he was a irresponsible dimwit to me then he couldn’t have picked a more appropriate method.

This site is operated by The Standard Trust as explained in our about. The trustees are myself and Mike Smith. Ultimately decisions about censorship on this site devolve on to us. That is who you have to talk to if you want to complain about material on this site.

If people want to complain about specific content on The Standard, then at a minimum they need to follow the due process. Part of this is laid down by InternetNZ and the Domain Name Commission who control the .nz domain. Part is now covered by the Harmful Digital Communications Act and other legal procedures. But mostly it is run and implemented by us.

But all of which requires that if you really want to get material taken down or amended on this site, then follow the procedure and contact the site through the stated procedures. Trying other means will get you a sharp and probably expensive. in one form or another. response.

I am sure Phil will be happy about this response from The Standard. “Don’t be your normal dickhead self.”

FFS Phil – If you actually want fairness, then get off your lazy arse and follow the procedure. Send me the exact details of why you are objecting to as links and quoted material. State why you think that a fact stated was inaccurate or an opinion was excessive, And I will personally have a look at it.

But don’t waste my time stroking your ego. I neither have the time nor the inclination to pander to idiots. Basically if you can’t do the same basic simple operations that we need to locate issues and which orevious complainants like Ian Wishart, Cameron Slater, and many others who we disagree with have followed successfully. Then I can’t really see why I should waste my  time wiping your pathetic arse.

And please stop trying to be just another idiotic bully on the internet – it is just irritating. Especially since you appear to be incompetent at that as well.

21 comments on “Fairs fair : how to complain, how not to and why not ”