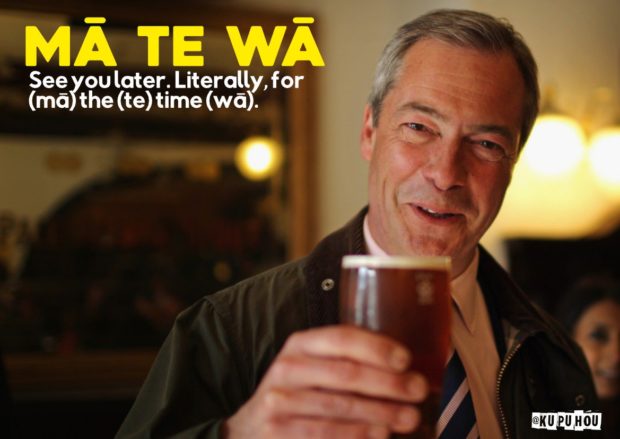 So Nigel Farage has bowed out of the leadership of UKIP. He announced that he was standing down last night and the reason advanced being that he wanted to get his life back.

He plans to stay on as a member of the European Parliament for the next two years.  Given his opposition to that entity you have to ask whether accepting a salary from that entity is more than slightly hypocritical.  Especially when he has continuously attacked extravagant spending by the EU.

Not that the work is too onerous.  It has been reported that over the past two years Farage has the second worst attendance record of all 746 members of the European Parliament only ahead of Irishman Brian Cowley who has significant health issues.  He has turned up to only 40% of all possible roll calls.

It is a shame that MPs do not have similar obligations to beneficiaries who face having their meagre benefit cut if their attempts to find work are considered to be not enthusiastic enough.

Not that Farage’s salary is at the same level.  He receives NZ$145,000 salary and another $400 per day living expenses when he does attend.

And it makes you wonder how serious Farage and Boris Johnson were about change.  Now that the referendum has passed there is a great deal of work to be done to untangle the United Kingdom’s legal and economic system from Europe.  This is not a simple job and will require years of work to achieve and the leaders for change have both bowed out.

So long Nigel.  I hope his toxic effect on democracy is on the wane.