Thousands of people could die in the coming heatwave, experts have warned, as the government triggered the first ever national emergency heat red alert with a record 40C (104F) temperature forecast for south-east England on Tuesday.

Health officials fear people living alone on upper floors of buildings are among those who could perish, as people did in Paris in 2003. Last year two lesser heat episodes caused about 1,600 excess deaths, according to official figures.

The level 4 heat alert announced for Monday and Tuesday by the UK Health Security Agency (UKHSA) means “illness and death may occur among the fit and healthy, and not just in high-risk groups”.

The Met Office described the forecast heat that is coming from France and Spain as “absolutely unprecedented” and urged people to treat it like a storm warning and consider changing plans.

England heatwave: what is a level 4 national emergency?

The government first published a heatwave plan for England in 2004 after a devastating pan-European heatwave in 2003, and updated it in 2012. Level 4 is the highest of five levels (0-4) in the “heat-health alert system”. It “is reached when a heatwave is so severe and/or prolonged that its effects extend outside the health and social care system, such as power or water shortages, and/or where the integrity of health and social care systems is threatened”.

What else are they worried about?

Melting roads could cause congestion and leave people stranded in cars. Railways could buckle. Extreme heat on the London Underground could require bottled water to be supplied. Rising demand for electricity as people use air conditioning and fans at the same time as the heat reduces the power-carrying capacity of the system because it is harder to cool conductors.

Water shortages are a fear but if the mains supply is lost water companies are required to provide no less than 10 litres per person per day, with special attention given to the needs of vulnerable people, hospitals and schools.

We cannot say we haven’t been warned.

That’s global warming at 1.12C in a cooler year. Now consider what it will be like at 2C or 5C warming. We are not adapted for this biologically or technologically or psychologically.

We do still have time to change and at this point should be doing everything we can, all of us.

Want inspiration on the proactive pathways through the crisis to something better? We’ve never had so much good choice about things that can make a difference. The key here is that taking proactive pathways makes us feel better and empowers us to make the changes needed. The trick is understanding that it’s not green BAU that will save us, but system change to regenerative models is what will drop fossil fuel usage fast.

The challenge now is to create local to global economies that ensure that no one falls short on life’s essentials – from food and housing to healthcare and political voice – while safeguarding Earth’s life-giving systems, from a stable climate and fertile soils to healthy oceans and a protective ozone layer. This single switch of purpose transforms the meaning and shape of economic progress: from endless growth to thriving in balance.

I don’t allow climate denialism of any kind under my posts. That includes arguing the Bart defense (‘humans didn’t do it’), or the Gosman defense (BAU capitalism must reign supreme/change is too hard) or the McPherson defense (‘it’s too late’). 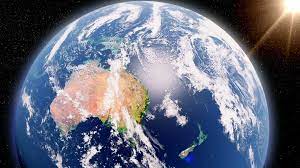 68 comments on ““Fight fossil fuels or the future dies” ”