Sugarbags have become a symbol of the DIY response to unemployment in the 1930s Depression.  Foodbanks are now a symbol of the struggle to get by on low incomes in a consumer society.

Lately there have been claims that Labour should return to core values – those forged in the desperate times of the 1930s, and that triumphed with the first 1935 Labour government.  But exactly what are those core values, and when did Labour part company with them? During the Clark years of neoliberal compromise when they abandoned the Waitakere Man?  During the shameful days of Rogernomics?   When the hippy generation gave rise to the individualismof “identity politics”?

Tony Simpson, author of The Sugarbag Years (1973, 1984) claims that Labour had already lost touch with its founding ideals in the 1940s.  In The Sugarbag Years he attempts to make sense of the “communal trauma” of the Depression. It had impacted strongly on the life of his father: a man who had a very hard life, working on risky jobs in mill and mine.  Simpson’s father was a union deelegate, an had hoped for a better life for his son.  He always voted Labour, even though he became dispirited and very disillusioned with the party.

30s unemployment exploded at a time when there were no adequate welfare provisions.  Working people’s lives had been based on the expectation of hard work and available employment.  Out of this trauma came a belief in shared solutions.  The 1935 Labour government ended the grey horror, of men in relief camps, wearing clothes that never dried. According to the Auckland Weekly News, some men worked all day widening drains, standing in water sometimes waist deep: they bathed in drains and washed in horse troughs (Simpson, 1984). After internal struggles, which included the expulsion of John A Lee and the gradual erosion of “creative and adventurous spirits”, the labour movement was carved up between Peter Fraser (PM 1940-9) and Fintan Patrick Walsh: an authoritarian shift in desperate times.

Simpson claims it was really WWII that ended male unemployment. After that, shell-shocked returned servicemen were unable to revive the labour movement spirit before the National Party took power in 1949 (see also The Listener, December 2005) 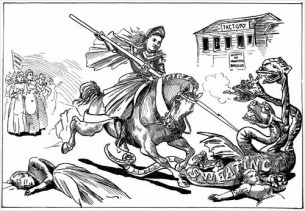 While there are some similarities with the current GFC, the 30s were different times: men were expected to be the breadwinners, and women dependent on them; the labour movement was strongly dominated by white men.  Single women were employed, but many low-income women endured indentured domestic servitude or sweatshop conditions. They were largely marginalised by the Union movement.  In the Depression years, women were required to pay unemployment tax, but could not get state unemployment benefits.

Rather than a return to a reactive version of “old labour” authoritarian welfarism, the ‘left’ (Labour, The Greens and/or Mana) needs to forge ones relevant to the 21st century: values that embrace democratic collectivism, diversity, inclusiveness, sustainbility, a steady state economy, a good quality of life for all, protection of workers’ rights (whether the work is paid or unpaid), free educaton and health care, a living income for all, and much more.

Above all, these values should be grounded in enduring democratic systems, forged through active, grass-roots participation.

60 comments on “From Sugarbags to Foodbanks ”