As you know, Trevor Mallard is a keen cyclist. It seems he touched wheels with another competitor in the R&R sports tour on Saturday. 3 cyclists went down at 40km/hr. Trev broke his femur and shoulder blade. It looks like he’s dealing with it OK.

The pic shows Trev on his ipad in the hospital bed, just like Lynn after his heart attack.

I wonder if he’ll auction off his cast or the plate in his leg.

Maybe he should stick to leisurely rides on the John Key Memorial Cycleway in future. 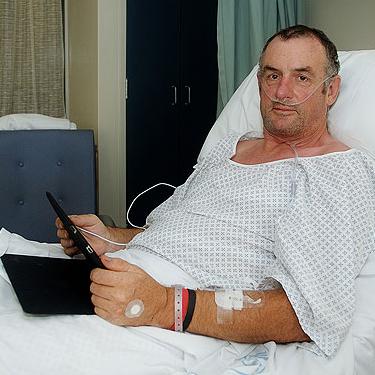