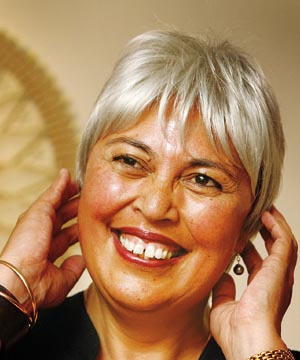 Our thoughts and best wishes go out to MP Luamanuvao Winnie Laban who has just revealed that she has breast cancer.

The cancer was apparently discovered early by a routine mamogram and three cycles into the chemo she’s in good spirits.

The cancer is apparently treatable – she says she’s positive about things and has no intention of giving up her ministerial portfolios.

She also says that she’s going public with the news now in a bid to encourage Pacific Island women to overcome their reluctance to talk about such issues.

Good luck Winnie, and we love your new look!