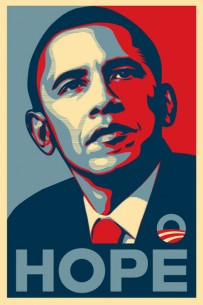 Barak Obama is moving to fulfil an election pledge made in 2008 and close the Guantanamo Bay Detention Centre.  From the New York Times:

President Obama on Tuesday sent Congress a long-awaited plan for closing the Guantánamo Bay prison, beginning a final push to fulfill a campaign promise and one of his earliest national security policy goals in the face of deep skepticism from many Republican lawmakers.

Unveiling the plan from the Roosevelt Room at the White House, the president made clear his frustration at how what was once a bipartisan goal shared by both his predecessor, President George W. Bush, and his 2008 Republican opponent, Senator John McCain, had become a partisan dispute. He urged Congress to give his plan a “fair hearing,” saying the prison wasted money, raised tensions with allies and fueled anti-American sentiments abroad.

“I am very cleareyed about the hurdles to finally closing Guantánamo — the politics of this are tough,” Mr. Obama said during a 17-minute statement. He added: “I don’t want to pass this problem on to the next president, whoever it is. And if, as a nation, we don’t deal with this now, when will we deal with it?”

This is something that Obama campaigned for in 2008.  And at the time the proposal had the agreement of George Bush and John McCain.  But then politics got in the way.

As well as complying with various international law obligations and improving foreign relations and the reputation of the United States the proposal if completed will save the US money.

But the Republicans in Congress want to have nothing to do with the proposal and will no doubt stand by a law which prevents the military from transferring detainees from Guantanamo onto domestic soil for any purpose. There may be a constitutional issue as the Constitution arguably allows the President as commander in chief to move the detainees but I do not expect the republicans to budge.

And on cue Ted Cruz and Marco Rubio have opposed the move and instead proposed to expand the base.  They would have kittens if the base was returned to Cuba.

It is good to see Obama in his last year start to use executive powers to get through changes the American political system is unable to even contemplate.  He could have some fun.  If he is able to replace Justice Scalia with a progressive Judge the Supreme Court will potentially be tilted for a long time towards making more sane decisions.  And decisions such as this one which put a stop on Obama’s climate change policies would be less likely.

If he fails you would have to suspect that America really is becoming ungovernable.

21 comments on “Guantanamo Bay to close? ”